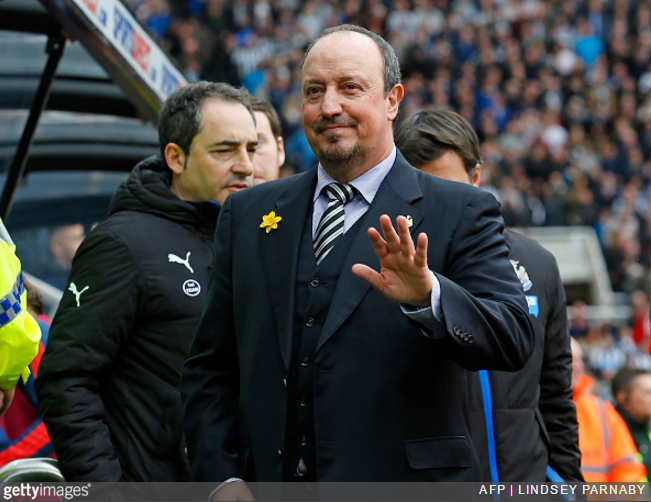 Going into his first ever Tyne-Wear derby looking to stave off a seventh straight defeat for his new side, Rafa Benitez appeared to entrust Newcastle’s fate to lucky socks at St James’ Park yesterday afternoon.

Indeed, the Toon boss was spotted sporting a rather fetching pair of novelty socks featuring not South Park’s inept lawman Officer Barbrady as first assumed but rather Eric Cartman in his police togs, shortly after receiving his first taste of AUTHORITAAH…

Is it me or is Rafa Benitez wearing socks with the South Park policeman on..? #Tynewearderby #derbyday pic.twitter.com/R5qvFeEYnU

Dashing. And damn effective, as it happens.