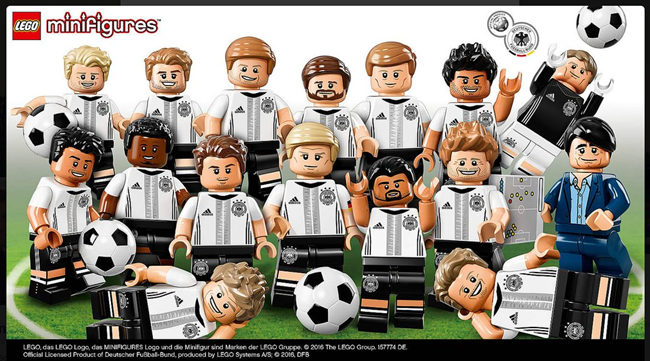 It had been in the pipeline for some time, but today the German Football Federation (DFB) have announced that Lego have immortalised their Euro 2016 squad with a collectible minifigure set of their very own.

The specific players included haven’t been confirmed, but the image above appears to show Thomas Muller, Toni Kroos, Mats Hummels, Manuel Neuer and Mesut Ozil to name but a few.

According to The Brick Fan, the individual figures will go on sale on 14th May (only in Germany, we’re afraid) and retail at €2.99.

That means you could potentially assemble the entire squad for a mere €48 – around £38.

An absolute ruddy bloody bargain if ever we saw one.