Gloucester City have unveiled their new home strip for next season and, from the front at least, it looks like any other generic lower-league affair – as perfectly passable as it may be.

However, once rotated 180 degrees, Gloucester’s stripy new strip becomes an altogether different animal, quite literally, with the incorporation of a big sodding tiger on the back… 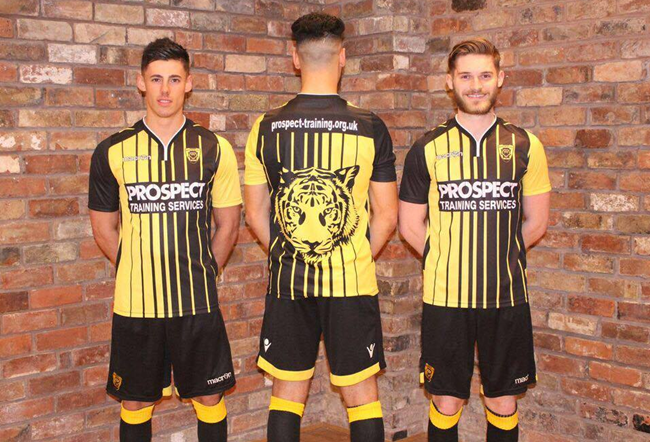 The smashing kit – Gloucester are known as The Tigers, in case you hadn’t guessed – was chosen by fans after City ran a vote on their official website, so we really must commend them for their impeccable taste.

To celebrate the launch, the National League North side are allowing season ticket holders to purchase a shirt for just £20 (adult sizes) and £10 (child) during the last two games of the season.