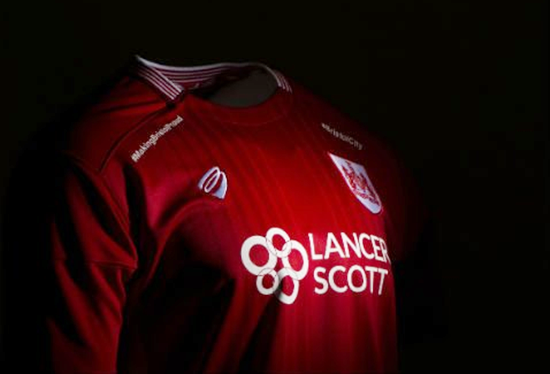 In unveiling their new shirt sponsor for next season, Bristol City gave their fans just a sliver of a glimpse of the new jersey it will be adorning.

Despite being a fairly run of the mill red-with-white-trim effort, the incorporation of two naff hashtags on the shoulders has not gone down well with Robins’ supporters.

The hashtag on the right shoulder reads #MakingBristolProud, while the other reads, simply, #BristolCity.

Here’s just a small sample of the general Twitter reaction…

@bcfctweets you’ve actually gone and made us a laughing stock. Well done. Absolute embarrassment having # on a football shirt

@bcfctweets what is with the twitter hash tag? #makingbristolcityfanscringe

@bcfctweets get rid of those hashtags, seriously. Awful.

@bcfctweets Those hashtags are the worst thing ever seen on any football shirt ever. So well done for that.

And so on and so forth.

There are two ways to look at this. Either the hashtags are simply emblematic of football’s continual willingness to adapt and engage with modern society or it’s yet another nail being unceremoniously pounded in the sport’s metaphorical coffin.

We know which side we’re on.