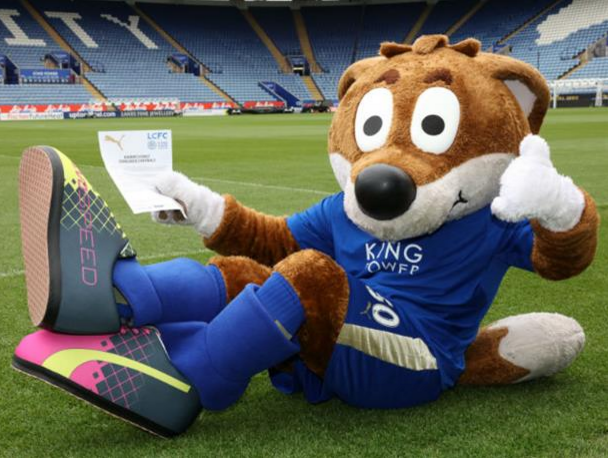 Leicester City have announced that their club mascot, Filbert Fox, has signed a boot deal. Yes, you did indeed read that correctly.

The contract was signed at the King Power over the weekend, with Filbert wearing gigantic foam versions of Puma’s newest EvoSpeed boots while he cavorted around the pitch during Leicester’s 4-0 win over Swansea.

According to Leicester’s official website, the deal will see Filbert sporting some of Puma’s latest products over the course of the next two years.

It’s happening, folks. It truly is the end of days.