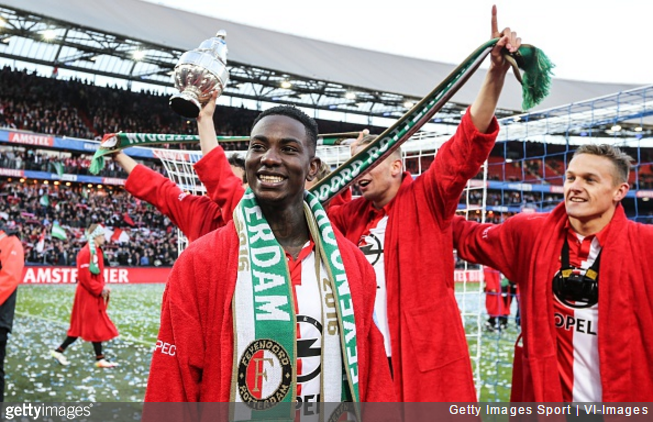 Not so very long ago, Feyenoord beat Utrecht to lift the KNVB Beker (i.e, the Dutch cup) in Rotterdam.

To celebrate the victory and record it for posterity’s sake, Feyenoord winger Eljero Elia decided to have the momentous day forever emblazoned about his person in the form of a celebratory tattoo – y’know, how footballers generally tend to do.

Several days after the final, the former Southampton man proudly showed off his new body art on Instagram.

Sadly, as was immediately pointed out to him, the tattoo artist had made a couple of minor-yet-significant errors.

Firstly, he had misspelled ‘Feyenoord’ as ‘Fenenoord’ and secondly, he’d got the date of the match completely wrong too – opting for the 24th of May (which, as you may have noticed, is still in the future) rather than the factually correct 24th of April… 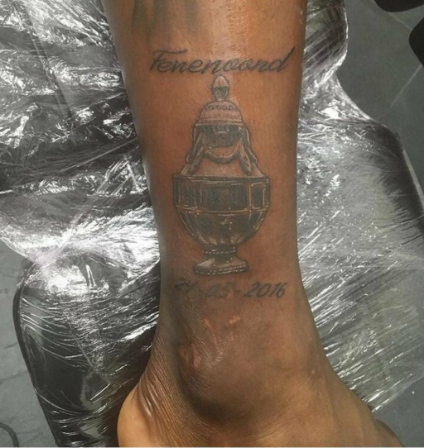 After the errors were politely pointed out by Elia’s horde of followers, the 29-year-old stripped the photo down.

He then posted a second image of the amended tattoo, which showed that he’d just about been able to salvage the incredible botch-job… 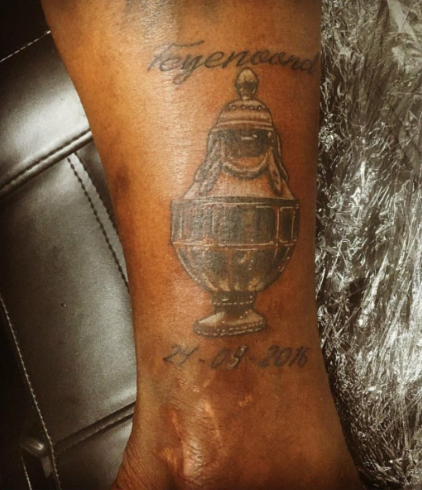 Christ. Don’t these fools ever double-check what they’re about to have indelibly needled into their skin?