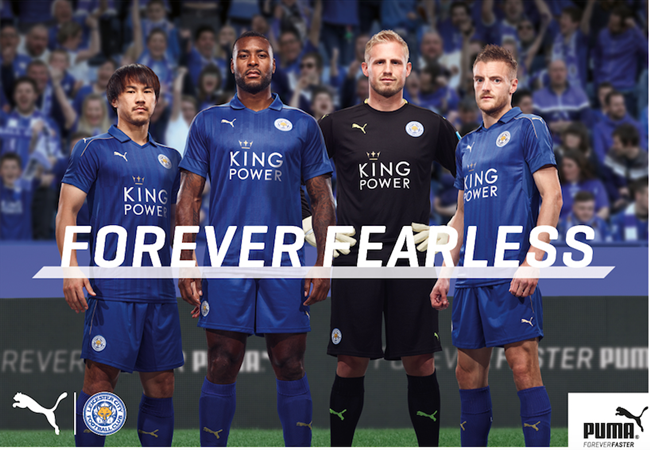 “Yes officer, it was the one on the right”

Leicester City have revealed the togs they’ll be staging their Premier League title defence in next year after unveiling their brand new home kit for 2016/17.

In truth, it’s largely indistinguishable from this season’s kit, bar the altered collar and the fact that the patches on the arms will be a different colour this time round.

The Foxes have also knocked out this little promo video to coincide, which contains some of the most stunted and forced dialogue since Eldorado left out screens…

Told you it was ropey.