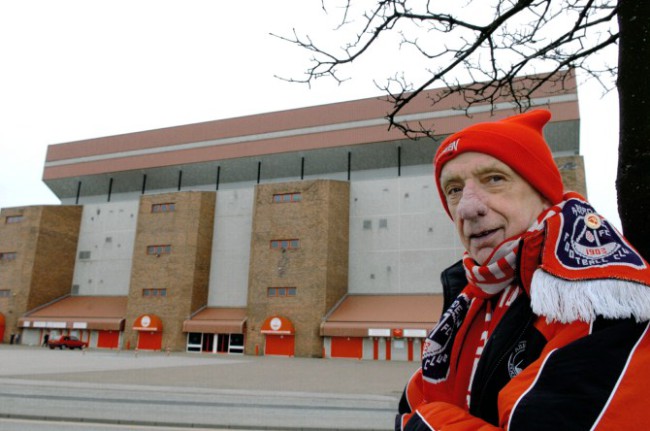 Aberdeen have laid on a special tribute for one of their most dedicated supporters who sadly passed away after suffering a stroke earlier this month.

Norman Goldie, who was 87-years old, was a Dons superfan and season ticket holder who became something of a cult hero in and around Pittodrie due to the fact he always attended matches in his sandals while wearing one red sock and one white.

As such, Aberdeen have formally retired his seat in the Merkland Stand, also giving it a brand new colour scheme before announcing that it will never be put on sale again… 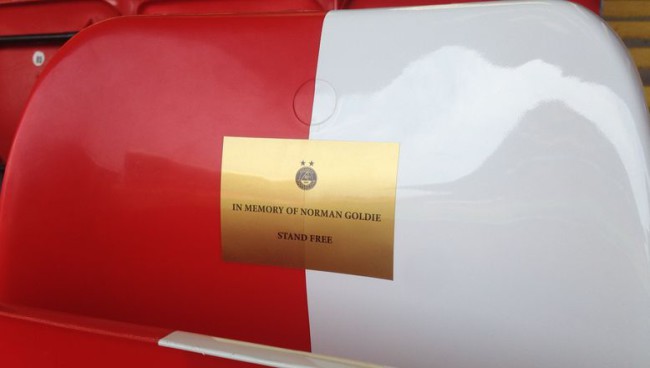 The Red Army will remember and pay tribute to Norman at our final two home matches of the season and the club, as a mark of respect, will retire his seat in the Merkland Stand.

As long as the Dons remain at Pittodrie, that seat will never be sold. It has also been painted half red and half white, in memory of his famous socks.

Fellow fans have also paid tribute to Norman by laying flags, flowers and scarves down outside the ground.

Evidently, he will be sorely missed.