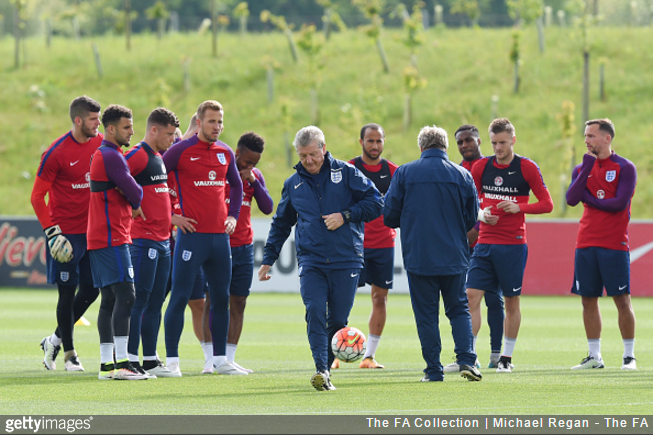 “Who’s this old guy with the mad pace?”

England had their first Euro 2016 training session interrupted on Wednesday when a bloke clad in full regalia somehow made his way out onto the pitches at St George’s Park.

According to the Guardian, the FA have identified the lad as the son of a Club Wembley member and was one of the small group of fans who were invited along as VIPs to watch the open session.

The pitch-invader leapt on during a drinks break, roughly half-way through the hour-long kick-about.

His presence caused minimal drama among the players, who did not appear concerned by, or perhaps aware, of his presence, as he was allowed to enter and leave the pitch without alerting security staff.

He did nothing more threatening than aim a couple of wayward strikes at an unguarded net […].

The interloper is also believed to have his own pirate radio station, with his hilarious prank being filmed and recorded by an associate.

Pies can’t wait for that dope shit to drop on Youtube. Gonna be #fire.