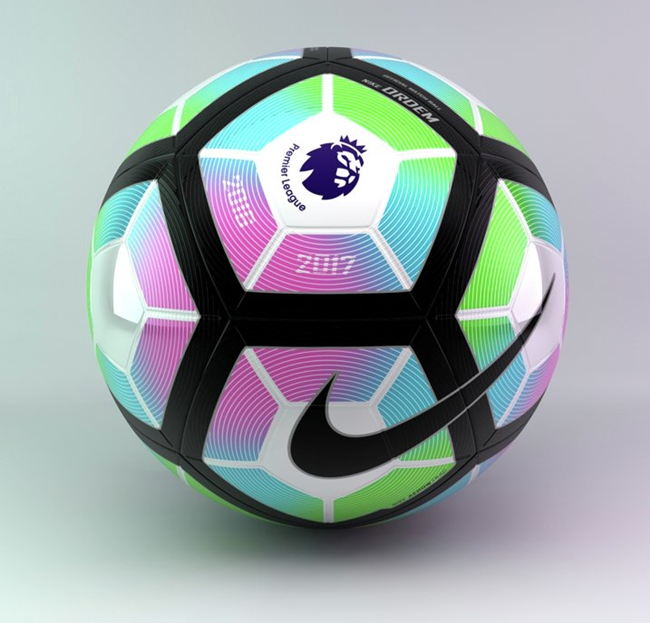 What you’re gawping at there is the new Premier League matchball that the likes of Charlie Adam and Tom Huddlestone will be pinging out for throw-ins as of next season.

According to Nike, the 2016/17 Ordem is their “most innovative, technologically advanced and aerodynamically tuned ball to date” – which is a round-the-houses way of saying it’s the roundest football ever created. Again.

The design is also “bold”, featuring as it does the brand new Premier League livery for the first time.

For what it’s worth, we dig it. How’s about you?