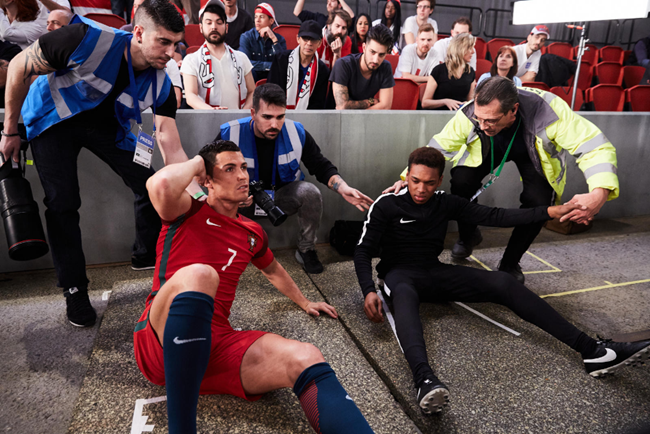 Proving once again that nobody can match them when it comes to knocking out big-budget adverts, Nike have gone and nailed it again with their Euro 2016 promo film.

‘The Switch’ sees Cristiano Ronaldo acting his arse off in what is essentially a ‘body swap’ romp that sees the Portugal star collide with a ballboy, which is when the titular switch is made.  One then wakes up in suburban Lancashire and one wakes up in a swanky mansion on the outskirts of Madrid.

The glitzy advert also features a parade of big-name cameos along the way, though it’s the surprisingly natural Ronaldo who steals the show…

One moment can change everything: https://t.co/6ru3o8yTCP#SparkBrilliancehttps://t.co/26gAx8l4Ef

While it’s probably not the best they’ve ever made (look no further than Brazil at the airport, circa 1998), The Switch is definitely up there in the Nike pantheon.