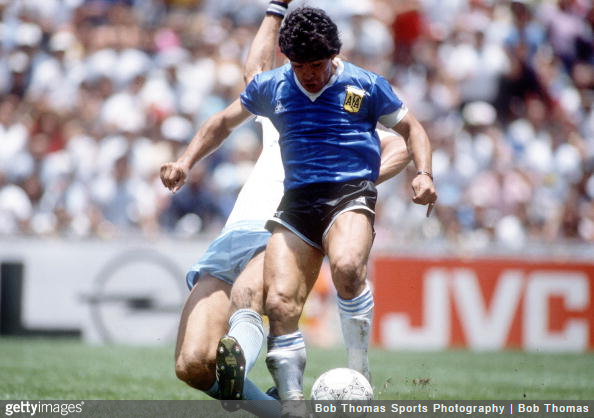 With the 30th anniversary of Diego Maradona’s mesmeric goal (the second one, not the first) against England at the 1986 World Cup passing last week, Puma have decided to mark the occasion by re-releasing one of the finest looking football boots they’ve ever committed to kangaroo leather.

Maradona sported a pair of eponymous boots upon his feet as he went about his business on that fateful day in Mexico City and, three decades on, Puma have revived the ‘King Maradona Super’ for a special limited edition run in homage. 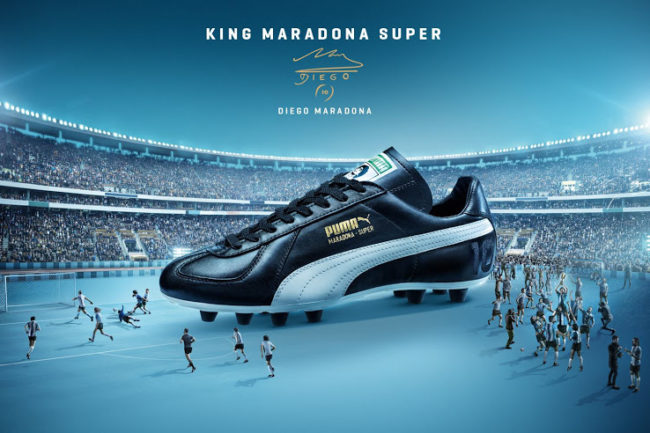 The 2016 version of the King Maradona Super have been remade using the original tongue, upper and stitching pattern specs, giving it that glorious vintage look.

However, Puma have also chucked in a couple of subtle modern touches that hark back to ’86 – including a little No.10 stitched into the heel and a golden map of Maradona’s mazy route to goal printed inside. As you might have guessed, these things ain’t cheap. Indeed, you’ll have to cobble together £180 if you want to get your grubby paws on a pair.

Still, when your boots look that damn good, who needs to eat?