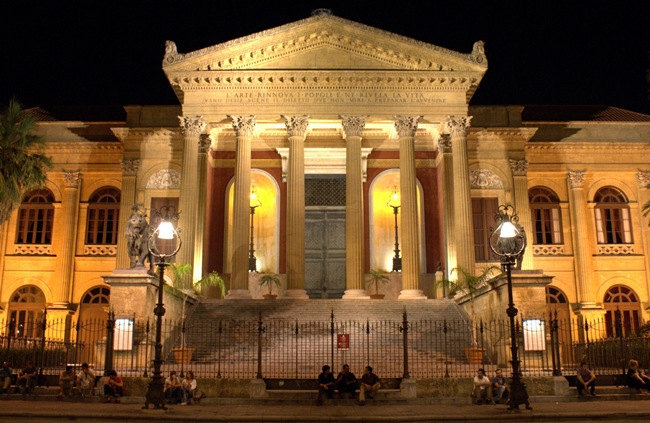 The stunning Teatro Massimo in Palermo

Thanks to a recently-signed commercial partnership, Palermo have been afforded the opportunity to stage one of the grandest kit unveiling ever seen.

The Serie A club recently buddied up with the foundation that owns the magnificent Teatro Massimo – the grand old opera house that has sat in the Piazza Verdi in Palermo since 1897 and setting for the final scenes of The Godfather Part III.

As such, Palermo were able to send a few of their players along to the theatre to debut their new strips on stage in the concert hall, leading to a fairly dramatic first photo…

Very regal. A polite round of applause is most definitely in order.

Sure beats Liverpool having their players emerge from shipping containers down on the Mersey docks, no?