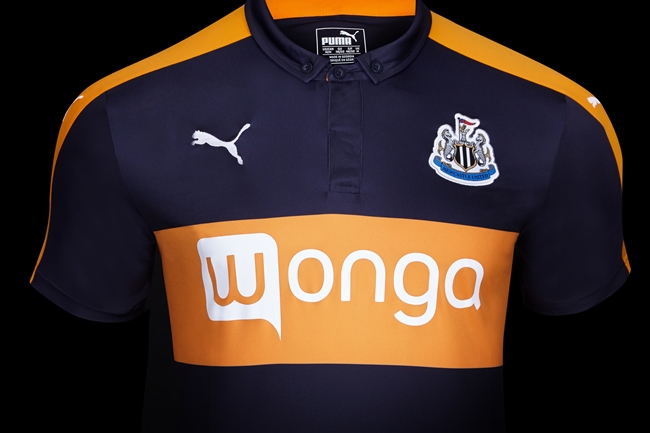 Newcastle have unfurled the shirt that they’ll be wearing on their travels in the Championship this season and, dare we say, it’s a bit of a bloomin’ looker.

The deep navy shirt features a smart button-down collar as well as a ‘flame orange’ band emblazoned across the chest, in which squats the proverbial fly in the ointment – that sponsor.

In fact, it appears to have ruined what could’ve been a really rather beautiful thing for a lot of the Geordie fan base…

Newcastle’s new away kit look swell. If only there’s a way to get one without ‘WONGA’ plastered in the middle… https://t.co/Yc05GX12ns

New Newcastle kits out….and I’m still not buying one until they don’t say Wonga on the front #NUFC

New Newcastle away strip is actually beautiful. Shame about the massive wonga logo

I would probably make this the first Newcastle shirt I’d bought in more than a decade if not for that Wonga shite https://t.co/6dUpp7kqBv

Here’s a few more photos to be going on with… Shame. They were so close to perfection.