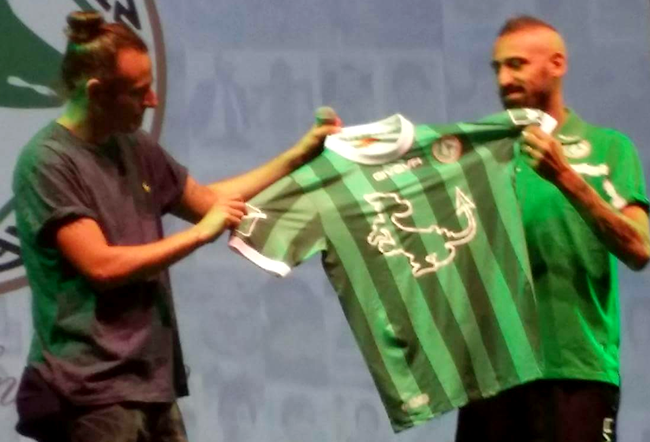 Proving that it’s not just Spanish lower league teams that are adept at pulling curious kits out of the bag, Italian second tier side Avellino have gone and launched a weird new jersey of their very own.

The Serie B side held a grand event to formally announce their 2016/17 first-team squad this week, unveiling their new shirt on stage in the process.

For reasons unbeknownst, it soon became apparent that Avellino will be playing with a large cartoon dragon etched across their chests this season.

Incredibly strange choice, especially for a team nicknamed ‘The Wolves’.

If anybody has any further info (is it a local company/charity logo?), then please don’t hesitate to get in touch.