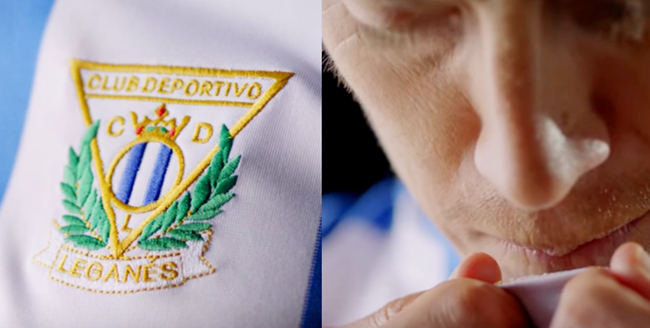 Newly-promoted La Liga side CD Leganes have jumped on the weird and wonderful Spanish kit bandwagon by making their new 2016-17 home shirt the first ever to feature a “scratch ‘n’ sniff” badge.

As unlikely as it may sound, Leganes’ new jersey features an embroidered club crest that both smells and, slightly worryingly, tastes of freshly cut grass.

[Kit supplier] Joma proposed the idea of having a badge on the new shirts which tasted and smelled of something, as we were playing next season in the Primera Division for the first time.

The idea fitted really well with how we see ourselves. A close-knit club, with a sense of fun, and with a desire to do things differently as we have been doing since we were in the Segunda Division B.

The response from the fans on the first day was spectacular with enormous queues at the stadium shop. We are where we want to be, we want to stay close to our fans and help make them smile.