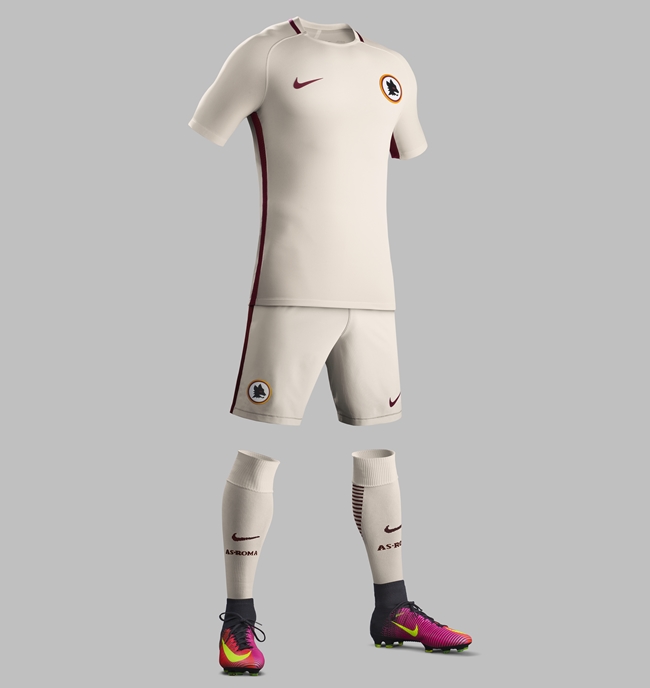 With Roma celebrating their 90th anniversary this season, Nike have decided to pay homage to the city’s historic architecture by producing a marble-coloured strip.

In fact, the only other detailing on the kit is a few bolts of imperial maroon hither and thither, the swoosh and the Giallorossi’s famous ‘Lupetto’ wolf emblem… We’re just left wondering why Nike didn’t do something similarly classy and understated with England’s new kit instead of the awkward contrast sleeve patchwork job we ended up with.

It’s the same template after all.