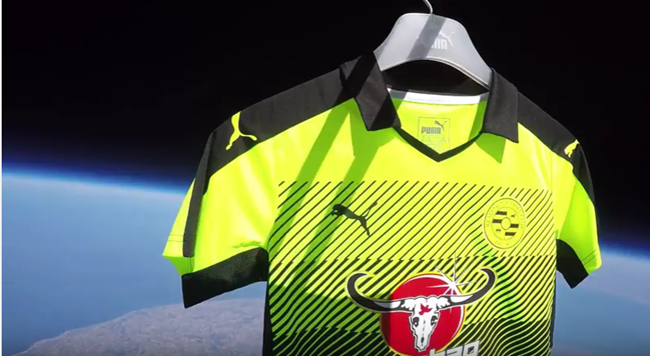 Reading have taken the concept of a kit launch, spit-balled and brain-stormed it back and forth for a while and eventually decided to shill their new shirts in exactly the same way Sao Paulo did it three years ago, by sending them up into space.

The Championship side tethered their new home and away jerseys to a balloon and sent it almost 40,000 metres up to the very edge of heaven, filming the whole thing as they went.

As per the info we’re given on the Reading club site, once the kits reach their maximum altitude they’ll be jettisoned back down to Earth, reaching speeds of 211mph before the parachutes are automatically deployed.

Assuming everything goes as planned, the shirts will eventually return to terra firma “in a field somewhere between Thetford and Norwich”.