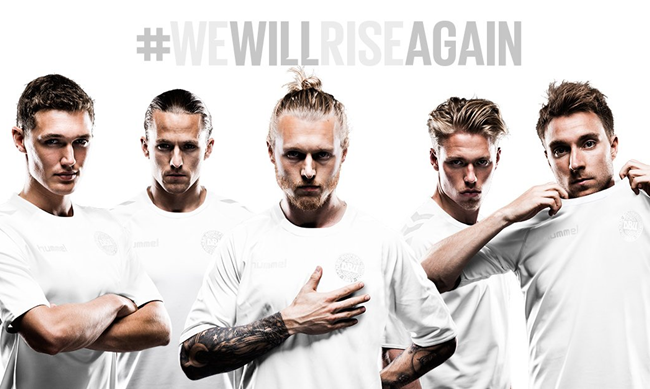 Denmark have announced they plan to turn out for their opening 2018 World Cup qualifier in a pristine all-white kit to symbolise a brave new beginning for their national side.

After missing out on the last two World Cups, the Danes begin their quest to qualify for Russia 2018 with a group opener Liechtenstein tonight.

Hummel executive Soren Lund has this to say:

It’s time to make new history and to write new tales – and new tales start with a blank page.

For the first time ever the jersey is all white – including our logo – as Hummel is more than merely a sponsor, we are fans. So it is more important for us to help underline the beginning of a new era, where the Danish national football team will rise again, than to flash our logo.

Therefore, we encourage all fans watching the game to wear an all-white jersey to support the team and mark the new beginning.

While they’ll only be worn once and once only, the limited edition shirts are not just vanity pieces, with the match-worn jerseys set to be auctioned off after the game to raise money for FC Granatchok, a military veterans football club in Denmark.