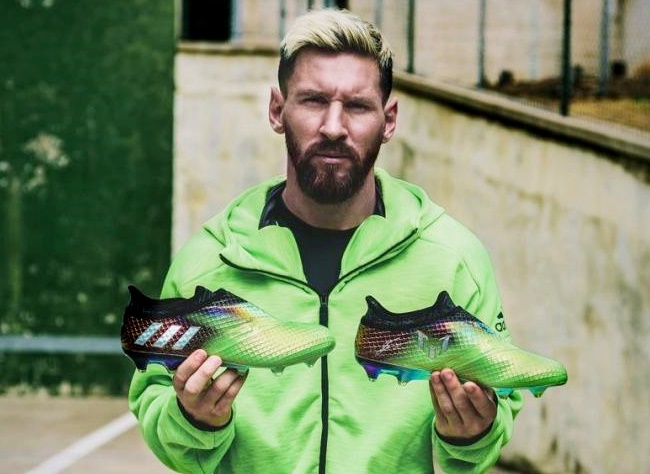 Adidas have seen fit to “honour” Lionel Messi by furnishing him with yet another pair of custom football boots.

Specifically knocked out for the US market, the gruesomely green, hideously holographic ‘Messi 16+ PureAgility 10/10’ boots went on sale a couple of days ago.

Messi’s domination of the game is surpassed by no other. Where others are fast, he is first. Strive for the same acceleration and untouchable agility in these special-edition soccer cleats.

Produced in a limited run of 100 pairs, half went on sale at a pop-up Adidas store in New York, while the other 50 were sold online. 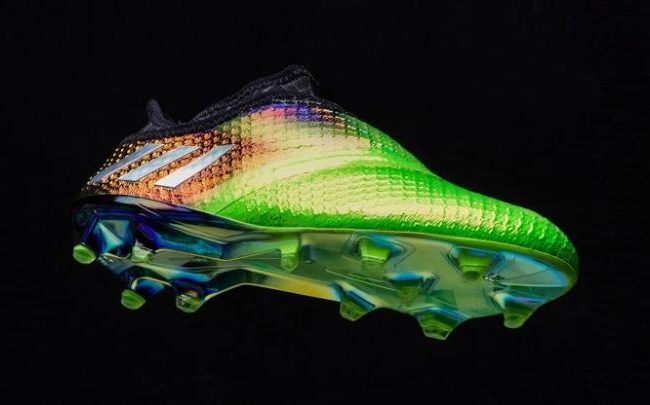 However, the most baffling aspect of the  launch was that all 100 pairs of these exclusive boots were made available in one size and one size only – Messi’s size.

The upshot being that anybody who doesn’t take a US 8.5 is pretty much stumped. Unless, of course, you’re willing to hack your own toes off.

Still, the dum-dums turned out in their droves and queued around the corner in West Manhattan to snap them all up at 400 bucks a pop…

Given his sizeable cut of the profits, no wonder Leo is muy contento.

As a wise man once said, it’s an increasingly funny old game.