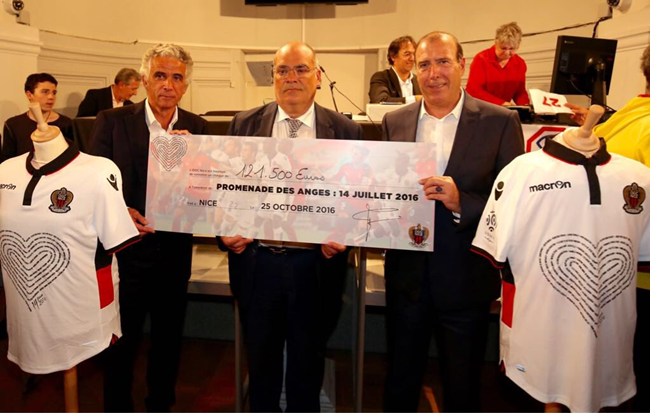 In the aftermath of the Bastille Day terror attack in their home city, OGC Nice decided to play their next game against Rennes with both teams wearing special shirts produced in tribute to the 85 victims.

The plan was to auction off the jerseys after the match in order to raise money for the families of the 85 people who lost their lives while celebrating the French public holiday on July 14th.

And that’s exactly what Nice have gone and done, proudly announcing today that they’ve managed to raise a whopping €121,500…

The shirts were sold in batches of two: one Nice shirt and one Rennes shirt, with several players spending thousands of euros in an effort to raise much-needed funds.

The virtuoso Hatem Ben Arfa bought the shirts of Cardinale and Diakhaby for €3,000, Jérémy Pied picked up those of Seri and Said for €4,000, the Mutuelles du Soleil – traditional club partners – successfully bid for Bosetti and André, the two players that hail from Nice both played in that first match of the season, along with Donis and Costil for a total of €14,700.

The money will now be donated to the ‘Promenade des Anges’ charity, which was set up after the attack to help support the families of the victims.