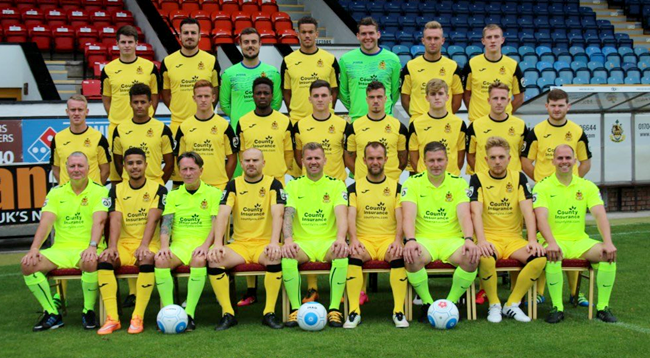 It would appear that Torquay United’s decision to adopt a yellow home kit in 1954 caught Southport completely unawares when the two sides met in the National League on Saturday.

Knowing full well that they too traditionally play in yellow, Southport packed their new away kit for the long trip to Plainmoor.

However, it just so happens that for reasons completely unfathomable, both Southport’s home and away strips (as seen in the photo) are completely yellow this season.

MATCH REPORT | #tufc succumb to two second half goals after taking the lead in the first. https://t.co/GvnMigsfXb pic.twitter.com/mtpokX5nNs