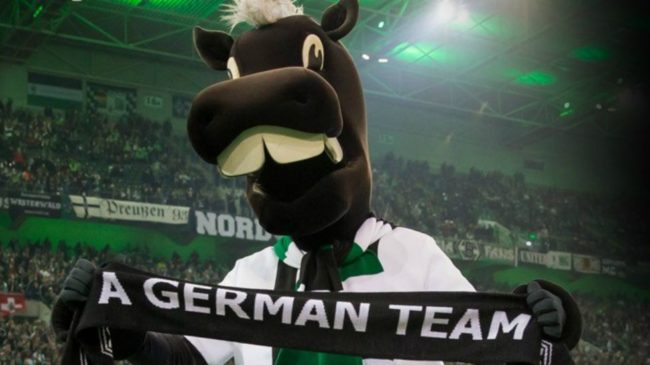 You may recall that, not so very long ago, Borussia Monchengladbach adopted a new unofficial moniker after a pub in Glasgow went to the effort of rechristening the club on their behalf.

With Monchengladbach in town for a Champions League tie against Celtic, the staff at Tiles Bar had several stabs at the team’s name on the chalkboard outside before simply giving up and dubbing them “A German Team”…

So enamoured were Monchengladbach that, precisely two weeks later, they proudly announced that scarves bearing the new name were going on sale in their official club store.

Strangely, the clear and blatant cash-in has proven to be insanely popular with fans, with AS reporting that the entire initial run of 2,000 scarves sold out within 48 hours.

With the visit of Celtic to Borussia Park tonight, the club are trying to secure more stock to meet demand.

As for the folks at Tiles Bar, well they’ve proved that they’re nothing if not slaves to the banter…