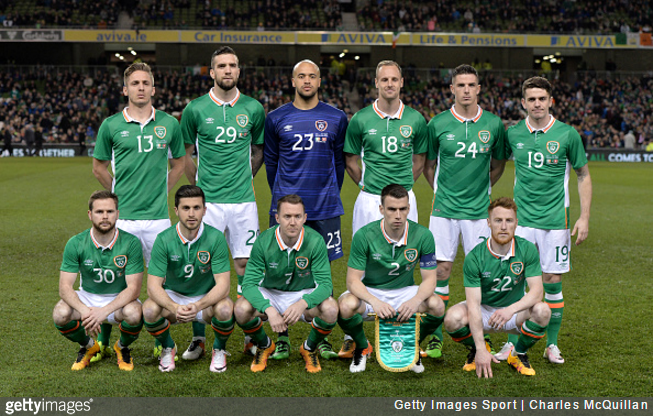 FIFA have metered out their usual brand of swift, forthright justice by charging the Republic of Ireland for using their kit to commemorate the centenary of the 1916 Easter Rising earlier in the year.

Ireland took to the field against Switzerland back in March with a special logo embroidered onto the breasts of their shirts to pay tribute to the 485 people that lost their lives in the rebellion against British rule.

According to BBC Sport journalist Richard Conway, the Irish FA are more than likely to be hit with a fine.

Strangely, it would appear that FIFA were completely oblivious to Ireland’s act of remembrance until the English and Scottish FAs cited the example as part of their appeal to be allowed to wear poppies when the two sides meet in a World Cup qualifier on 11th November.

Come on chaps, nobody likes a tittle-tattle.