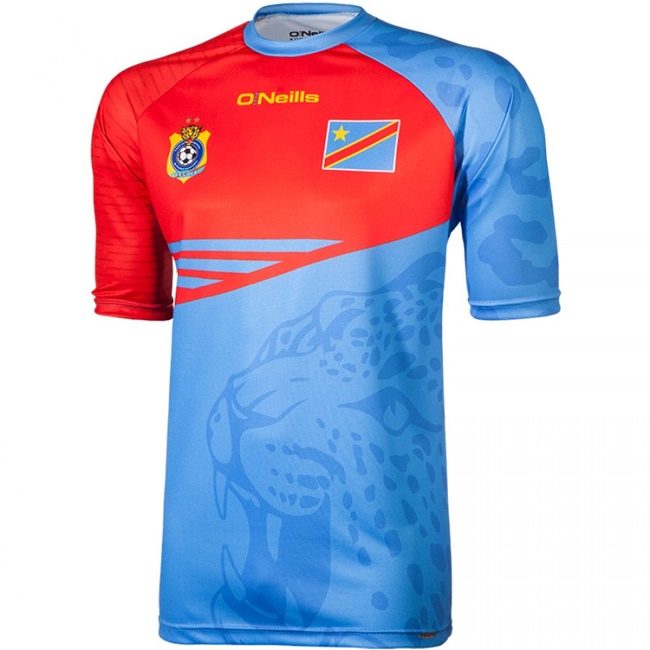 DR Congo have unveiled their brand new home shirt and to be quite honest we’re torn on it.

On one hand it’s a total mess, with clashing red and blue geometric vomit all over the place and a cheapo badge resembling the non-licensed national teams from Pro Evolution Soccer.

On the other, it’s got a BLOODY MASSIVE SHOUTING LEOPARD ON THE FRONT. 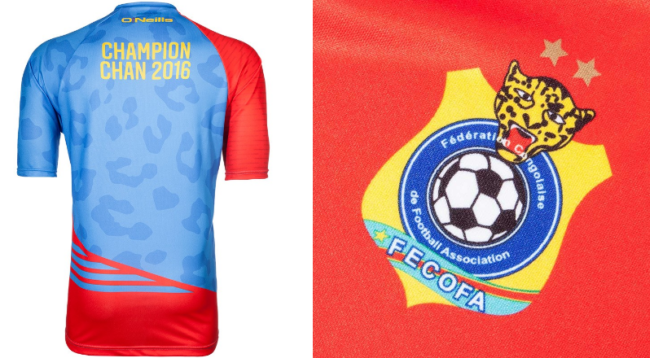 Produced by Irish sportswear firm O’Neills, the jersey pays tribute to Congo’s triumphant win at the 2016 CHAN Championship, which is an Africa Cup of Nations-esque tournament designed contended by African players who play in their home leagues.

What’s the verdict on the shirt, Pies fans? Yay or nay?