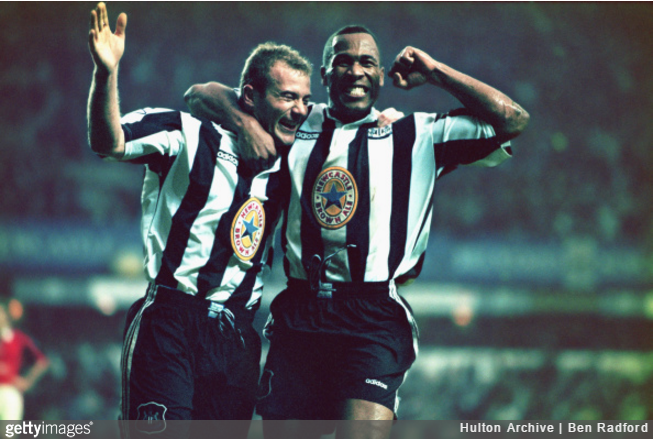 Fantastic news for anybody permanently living in the past – i.e, all Newcastle fans – with the word on the wire being that the club are “in talks” with Newcastle Brown Ale to reinstate the brewery as their principal shirt sponsor.

The iconic big blue star graced the Newcastle kit throughout the 1980s and into the mid-to-late 1990s, featuring prominently during the club’s last flush of success.

According to the Chronicle, the Toon are negotiating with Brown Ale’s parent company, Heineken, but have so far been “unable to agree a deal”.

The Championship side are currently looking for a replacement for the largely despised Wonga, whose £9million sponsorship deal culminates at the end of the current season.

Here’s hoping that the two parties can strike an accord, if only because it means there’s a possibility we might witness a modern recreation of this latter day work of art…. 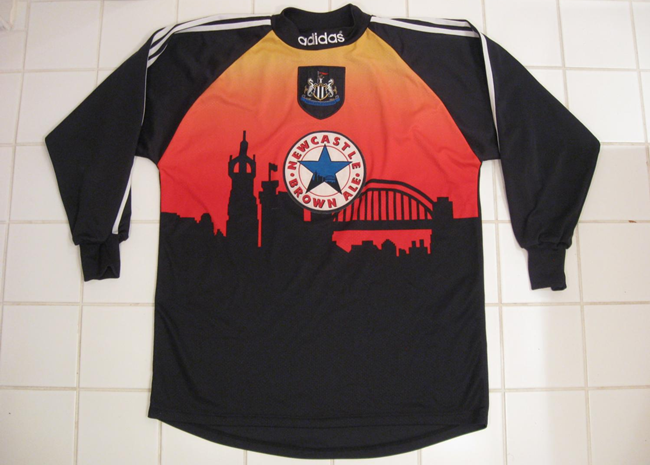