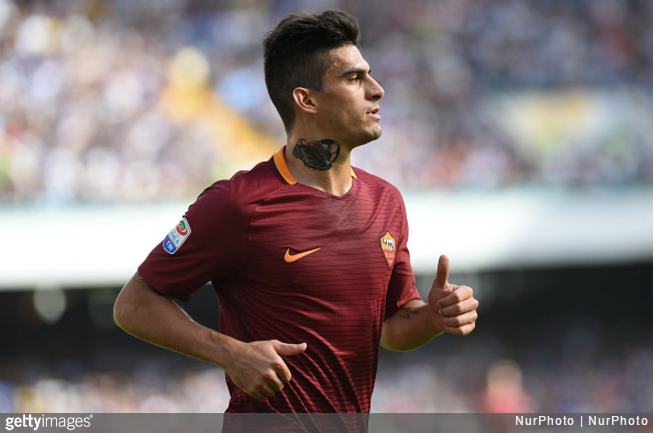 Edin Dzeko scored a hat-trick (his 8th, 9th and 10th goals in 12 appearances so far this season) as Roma romped to a 4-1 victory over Viktoria Plzen to secure safe passage to the knock-out stages of the Europa League last night.

However, the general consesus seems to be that Roma’s other effort, scored by Diego Perotti, was the goal of the night – being as though it came about via a cross-cum-shot-cum-definitely-a-cross in the rabona style…

Quite obviously a fluke, and a deflected one at that, but a largely agreeable goal nonetheless.

And so, it’s with a heavy heart we feel we must disallow Perotti’s little party piece, mainly due to an extreme violation noticed retrospectively in the build-up.

We are of course referring to that dreadful neck tattoo. By heck, it’s a stinker… 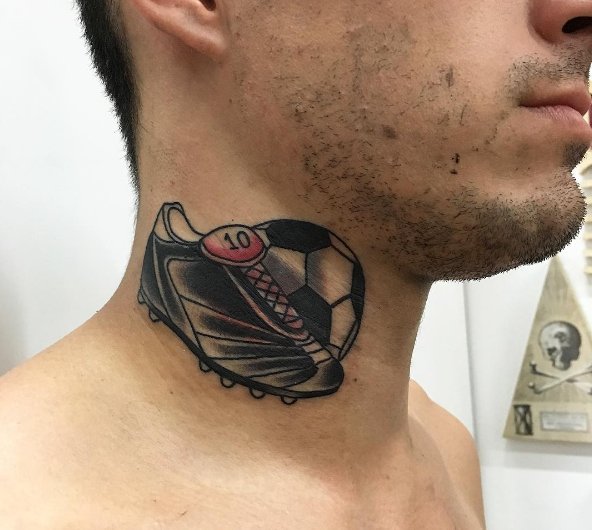 Yuck. That illustration looks like it belongs on a 10-year-old’s birthday card.

Maybe it’s time FIFA reverse their ban on snoods, if only for the sake of Perotti’s dignity.