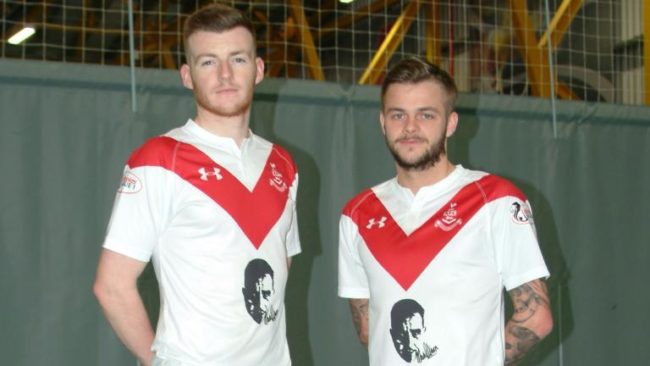 Scottish side Airdrieonians will play with the face of a special fan who lost his fight with cancer on their shirts for the rest of the season.

The fan-owned club have decided to pay tribute to late supporter Mark Allison by having his portrait and signature on their home kit in lieu of a sponsor’s logo.

According to STV, Allison was told he had three months to live after being diagnosed with pancreatic cancer in 2014 but carried on strong for another two years before sadly passing away earlier in 2016.

In that time he set up a foundation called ‘F**k Cancer’, with the campaign going on to raise some £73,000 for various cancer charities.

Unsurprisingly, the Scottish League One club said the decision to pay homage to Mark was “met with the approval of Airdrie fans everywhere”.

In fact, the first run of limited edition replicas have already sold out…

With initial stocks of our unique new home strip selling out, we are now taking orders for a new run of shirts: https://t.co/SzvKRnYzax pic.twitter.com/kIsj9040MC

Pretty gosh darn cool and as fitting a tribute to a lifelong Airdrie fan as you’re ever likely to see.

Good stuff from all concerned.