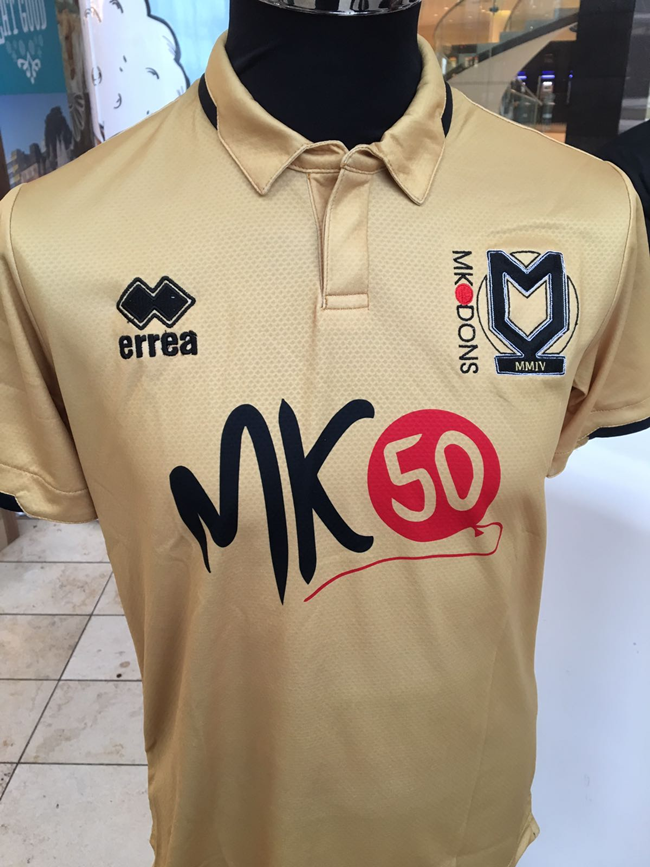 What you’re looking at there is the new, limited edition ’50th anniversary’ commemorative shirt, as released by the MK Dons recently.

“But wait, MK Dons are a prefab club that were only formed in 2004 as a desperate corporate cash-grab,” we hear you cry in unison.

Quite right. However, the ’50 years’ being celebrated here is the half-century that has passed since the formation of Milton Keynes itself.

Yep. The club are actually attempting to milk money out of their fans by ‘celebrating’ the year (1967) in which the concrete paradise in which they play was officially opened.

As such, the golden shirt you see afore you is available to pre-order now for £45 from the official MK Dons website, provided you’re a season ticket holder.