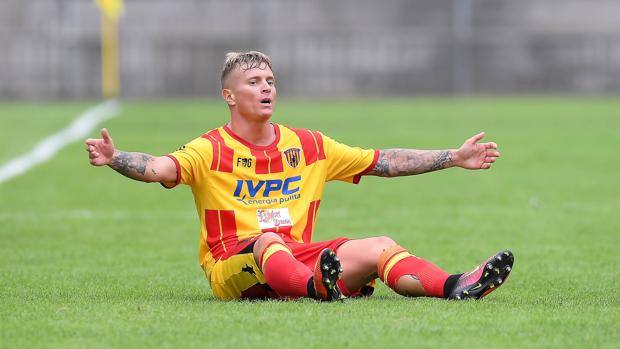 That man there, spread akimbo on the turf, is Amato Ciciretti – once of Roma, now of Serie B side Benevento.

As of but a few days ago, Ciciretti is the proud owner of one of the absolute worst bits of body art we’ve ever had the misfortune of stumbling across.

For now, our Amato has his very own Twitter handle tattooed on his calf…

For the record, the accompanying caption says “Promise kept”.

All those in favour of a worldwide blanket tattoo ban for dim footballers, say aye…