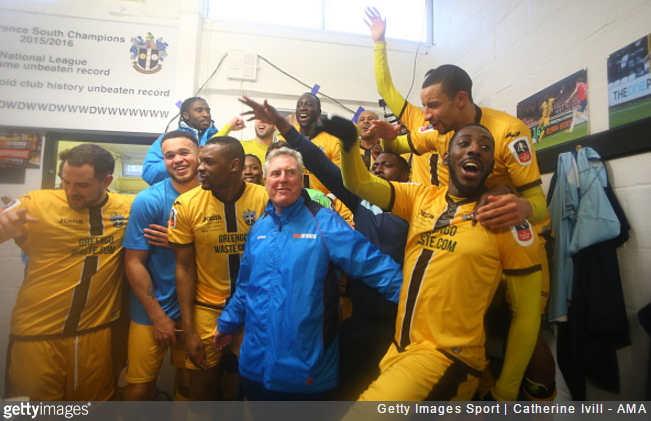 Sutton United have announced that they’ll be turning out for next Monday’s FA Cup fifth-round clash against Arsenal with The Sun’s logo emblazoned across their shirts.

Specifically, the National League side have struck a deal to have Sun Bets replace their usual sponsor, Green Go Waste, on their jerseys for the televised game.

@suttonunited visit @wembleystadium to kick off there week before taking on Arsenal in the 5th round of #EmiratesFACup 🏆 pic.twitter.com/WguYlVfxzU

This money will help so much to keep improving this great club,and we’re very excited to be working with Sun Bet.

This coming after they also announced a significant price hike for the Arsenal match, with tickets bumped up to £35 – even for season ticket holders.

Pies were rooting for an upset, but now…

We understand the need for non-league clubs to earn their money when and where they can, but there’s a fine line between making hay while the sun shines and just plain ol’ selling your soul to the devil.

You’ve got to wonder if Sutton would have taken the same tack had they been drawn against Liverpool.