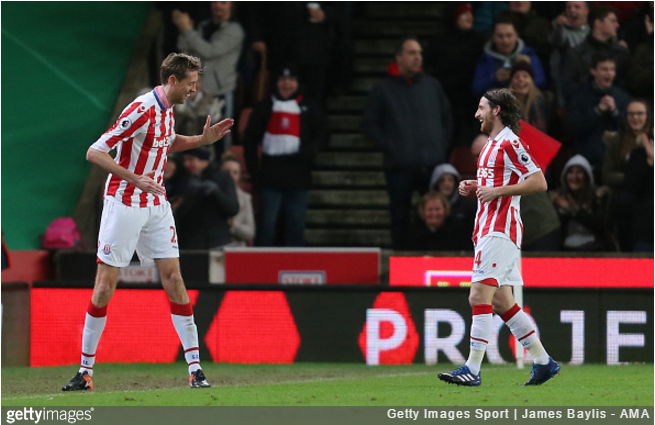 As is fitting, Peter Crouch has seen his recent induction into the Premier League 100 Club immortalised in ceramic form.

The veteran Stoke City beanpole brought up his top flight century against Everton last month and celebrated by dusting off The Robot.

Now, thanks to local pottery firm Foley China, Crouch also has an extra tall, nine-inch mug to mark the milestone with…

Foley owner Keith Martin explained the concept behind the new Crouch mug to the Stoke Sentinel:

The mug is nine inches high, so 22.86 centimetres, and locally made. We’ve already had a lot of interest in them.

It goes without saying that with Stoke City being the premier football team in the area it was thought that there would be enough interest in sharing Peter’s achievement.

We’re a small company and have season ticket holders employed here, which added to the idea of creating the mugs.

As it happens, Crouch himself didn’t seem quite as enthused about being rendered a massive mug…

The nine-inch Crouch mugs are £24.95 if you’re interested, though a regular-sized version is also available for £9.99 – but where’s the fun in that?