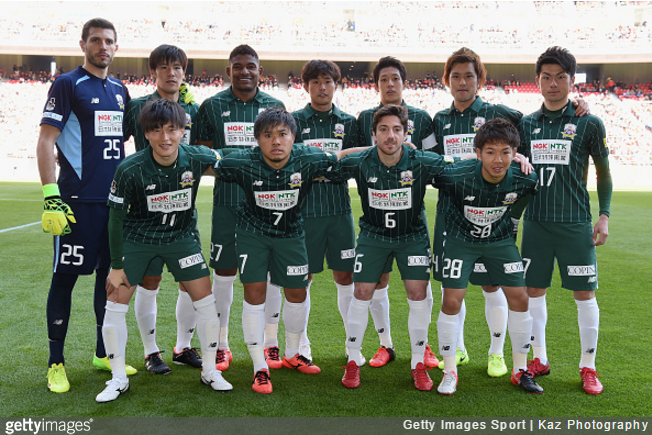 Down in the Japanese second division, FC Gifu were forced to invoke the ‘Manchester United shuffle’ and change their kit at half-time after a colour clash disrupted their game plan.

On Sunday afternoon, Gifu, wearing their traditional green, were on hosting duties against Matsumoto Yamaga, who turned out in their dull grey away strip.

Trailing by a single goal, the home side lodged an official complaint with the match officials at half-time having spent the first 45 minutes repeatedly passing to their opponents amid the grey/green fug.

After a brief deliberation, the referee decided to allow Gifu to change into their white away kit before emerging for the second half…

Unfortunately, the swap didn’t prove to be particularly beneficial, as Matsumoto Yamaga held onto their one-goal lead until the final whistle.

Always quick with an excuse, Sir Alex Ferguson was at his inventive best when called upon to explain his side’s infamous defeat to Southampton at The Dell in April of 1996.

Already 3-0 down at half-time, Fergie decided that his players were struggling to pick each other out in United’s dismal new grey away kit, so he ordered them to change into their blue and white third strip for the second half.

Sure enough, United came roaring back to lose 3-1 by the end of the game.