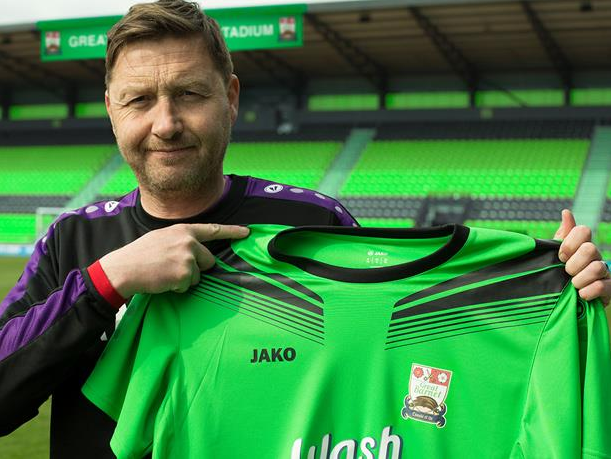 However, they all fall squarely into the ‘half-baked’ category once compared to the lengths gone to by Barnet FC to flummox their fanbase.

Indeed, the League Two club began by issuing a full-length formal statement on their club website to announce that they’d been bought out by shampoo brand Wash & Go in a deal that would see the team renamed “Great Barnet”. Geddit?

After over two decades in control, current owner Tony Kleanthous has agreed to sell the club to the owners of Wash & Go, the iconic shampoo brand, for an undisclosed figure.

Mr Kleanthous will continue in his role as club Chairman.

Barnet Football Club has today agreed one of the biggest financial takeover deals in Football League history with the owners of Wash & Go.

As part of the arrangement, the club will be renamed Great Barnet and the club crest will be redesigned for the start of the 2017/18 season.

The agreement also includes naming rights to Barnet FC’s state of the art stadium, which will be known as ‘The Wash & Go Stadium’.

In addition, the Great Barnet home kit will transition from the traditional black and orange to ‘Wash & Go green’.

Barnet then followed this up by releasing an entire series of Youtube videos about the impending takeover, starting with an interview with owner Tony Kleanthous (don’t bother looking for a pun, that’s his real name)…

And even the manager, Kevin Nugent…

That’s 268 words of club correspondence, a fully-printed mock jersey and a full six-and-a-half minutes of phoney interviews and vox-pops.

All in all, impressive commitment to a properly rubbish pun.