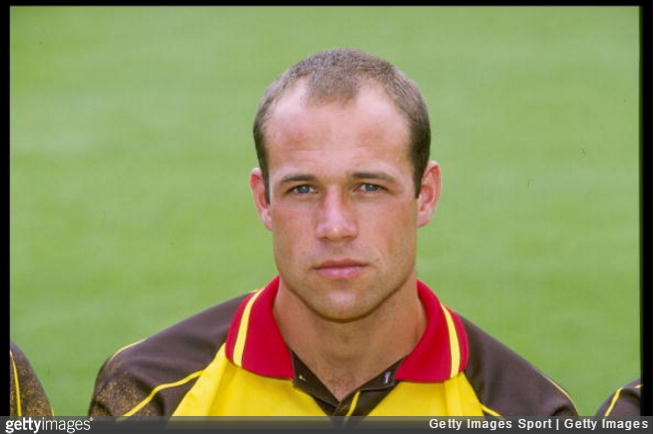 Having started the 1997/98 season on the bench, Watford defender Steve Palmer was gradually pressed into service all over the pitch as Graham Taylor’s Hornets set about hauling themselves up and out of Division Two.

Indeed, such was his utility that Palmer began racking up an impressive collection of shirt numbers – Football League squad numbering not being mandatory as it is today.

Having played in 12 and 14 during the early knockings of the campaign, Palmer went on to take the field wearing his usual 5, then 8, then 2 and then 13 before the end of October.

6, 11, 4 and 3 were checked off by the end of January and, realising the feat in progress, Taylor assigned Palmer the 10 and 7 shirts for matches in March and early April respectively.

With Watford chasing the title going into the final two matches of the season (a home tie against Bournemouth and a trip to Fulham) Palmer only needed the 9 and 1 shirts to complete the set – tricky prospects for a supposed centre-back.

However, Palmer, with his manager’s consent, hatched a ruse to nab that elusive No.1 jersey.

On this day in 1998, Steve Palmer started the @afcbournemouth game in goal to enable him to wear shirt numbers 1 to 14 during that season! pic.twitter.com/aGf6N4F726

Yep. Palmer started in goal, with regular ‘keeper Alec Chamberlain taking his place in the back four.

The ball was then hoofed out of play directly from kick-off, thus giving the pair just enough time to swap back.

Watford won 2-1 and then followed up with a successive victory over Fulham in the final game of the season to clinch the Division Two title.

Of course, Palmer wore the No.9 shirt for the occasion. 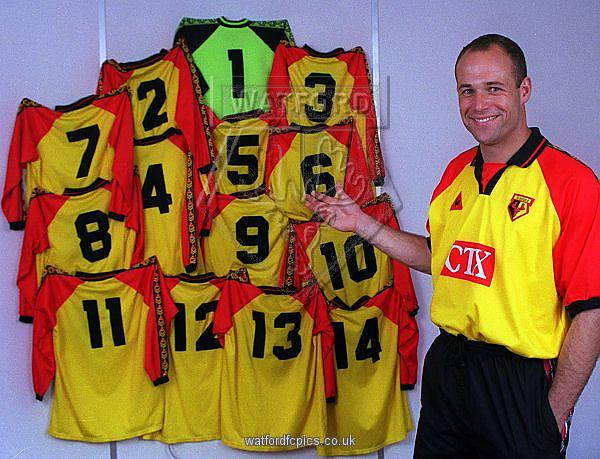 The Football League went on to introduce compulsory squad numbering ahead of the 1999/2000 season, meaning that Palmer’s extraordinary record – which he later described as a “nice little diversion” from the pressures of the title chase – will almost certainly never be repeated.

As claims to fame go, that’s definitely a good’n.