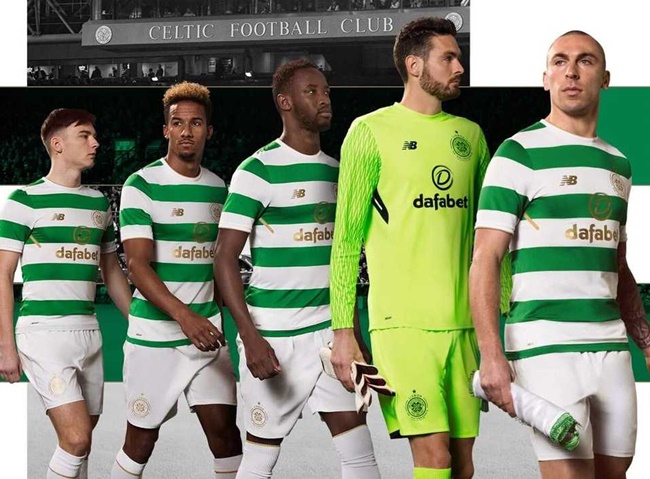 To mark the 50th anniversary of the European Cup being won by a British club for the very first time, Celtic have used their new 2017/18 home kit to pay homage to their most venerated line-up, The Lisbon Lions.

The Lions, all but one of whom were born within 10 miles of Celtic Park, beat Inter Milan in the 1967 European Cup final in Portugal to complete an unprecedented quintuple of trophies.

To commemorate the half-centenary, New Balance have produced a faithful modernised recreation of the simple hoops worn by the Lions on their route to immortality.

Because it’s an anniversary shirt, the obligatory gold trim has been splashed about, including a special club crest rendered in Portuguese for the occasion… 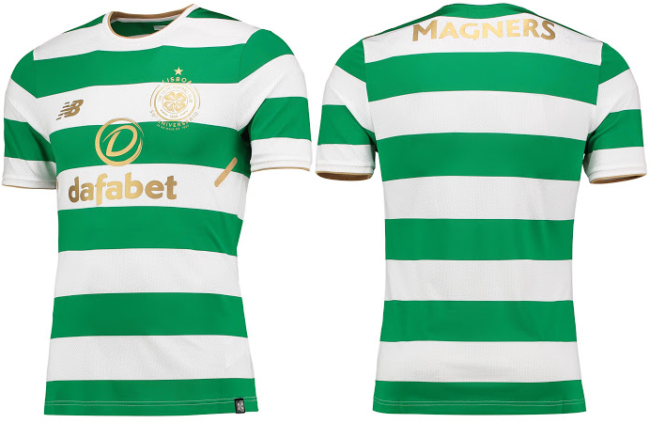 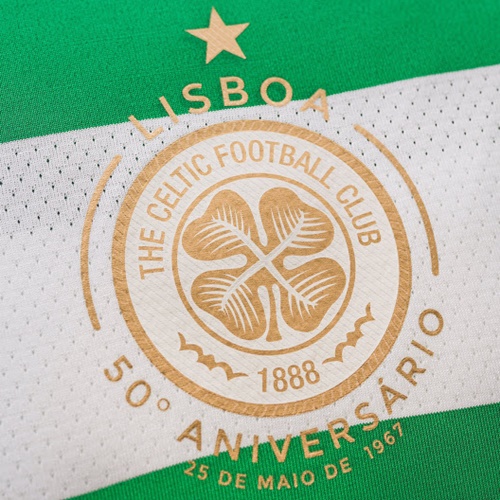 While this isn’t the first time the Bhoys have doffed their caps to the Lions in kit form, it’s a damn sight more palatable than the last attempt.

WARNING: Don’t follow that link if you plan on using your retinas in the next 48 hours.