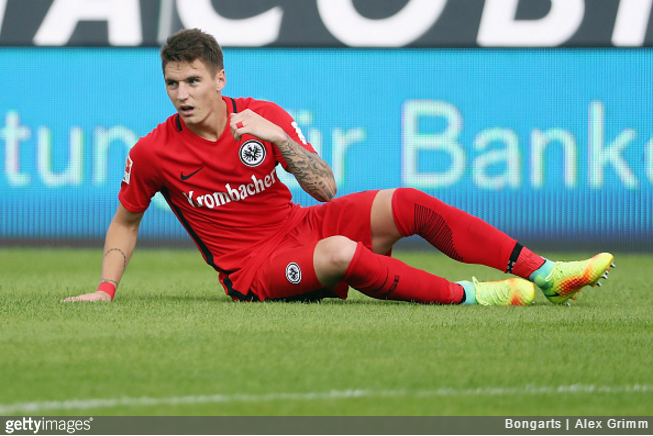 Eintracht Frankfurt full-back Guillermo Varela has been ruled out of the German Cup final after having a bad reaction to a tattoo he had done on Monday.

Varela was due to start for Frankfurt against Dortmund in the DFB Pokal final this coming Saturday.

However, the 24-year-old disobeyed the orders of his coach, Niko Kovac, and went under the needle four days before the match – a decision that has subsequently back-fired rather significantly.

According to Sky Sports Germany, Kovac instructed Varela (on loan from Manchester United, if you’re struggling to place the name) to delay his tattoo but the Uruguayan upstart thought he knew better.

Now, the scab has become “inflamed” to the point where he won’t be able to take part in Frankfurt’s biggest fixture for quite some time.

If only there was an applicable German phrase for this kind of thing.

UPDATE: It just gets better!

As per ESPN FC, Varela has now been suspended by Frankfurt after sporting director Fredi Bobic described his conduct as “reckless” in a statement.

Guillermo’s path at Eintracht ends here. The club can’t put up with a player acting against the coach’s and doctors’ instructions.

We were already considering extending his loan. But that’s naturally no longer an issue. Guillermo will be suspended with immediate effect.

Outstanding. Denied a cup final, suspended and denied a more than decent career move, all in one fell swoop.

Still, bet that ink’s going to look fantastic in the United reserves next season.