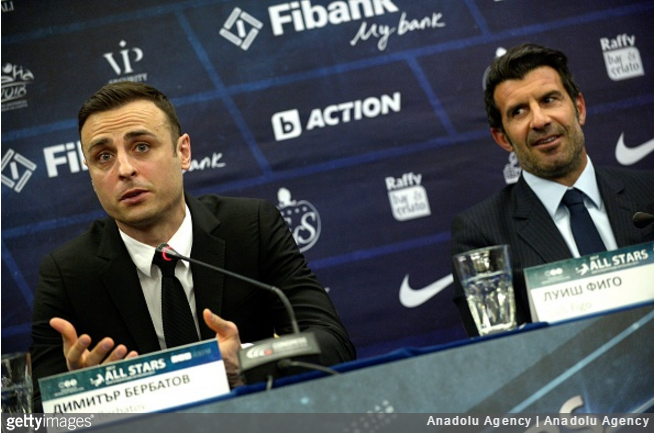 Dimitar Berbatov has teamed up with his seven-year-old daughter Dea to produce a fantastic self-shot trailer for his upcoming exhibition match in Sofia, Bulgaria.

Berbatov and a gaggle of his chums are set to square off against a Luis Figo XI on 14th June to raise money for both players’ respective charitable foundations.

And so, with a tip of the hat to The Godfather, here’s little Dea approaching ‘Don Dimitore’ to ask for tickets…

It should perhaps be noted that The Godfather is something of an obsession for Berbatov, who first learned English by watching the movies as a child.

Full marks for swapping out Don Corleone’s cat for the Premier League 2010/11 Golden Boot award too.

It’s the little details that make it.