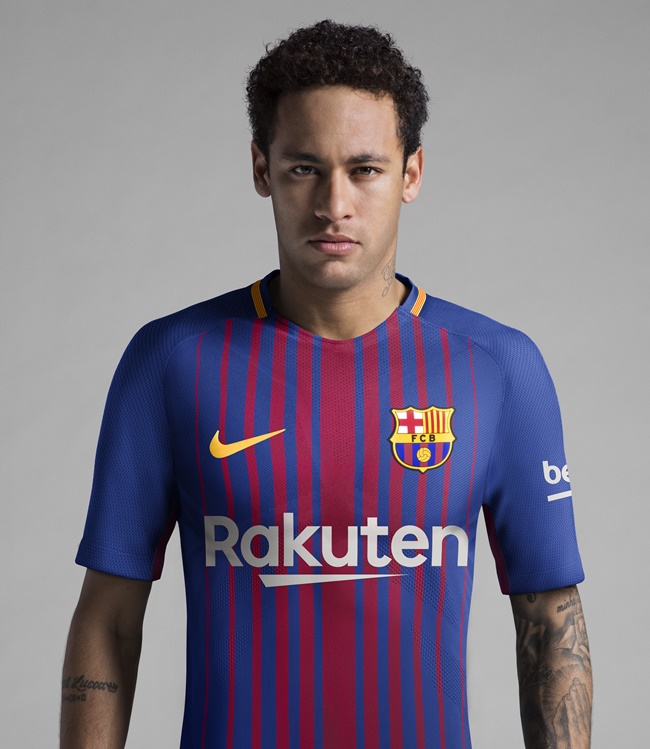 Barcelona have rolled out a new home strip for 2017/18 which, as you can probably see, features updated interpretation of the traditional Blaugrana stripes and Aeroswift technology, for cutting edge performance replete with contemporary detailing.

Basically, Nike have given Barca’s famous stripes the ‘barcode’ treatment, while Japanese e-mall Rakuten replace Qatar Airways on the belly… 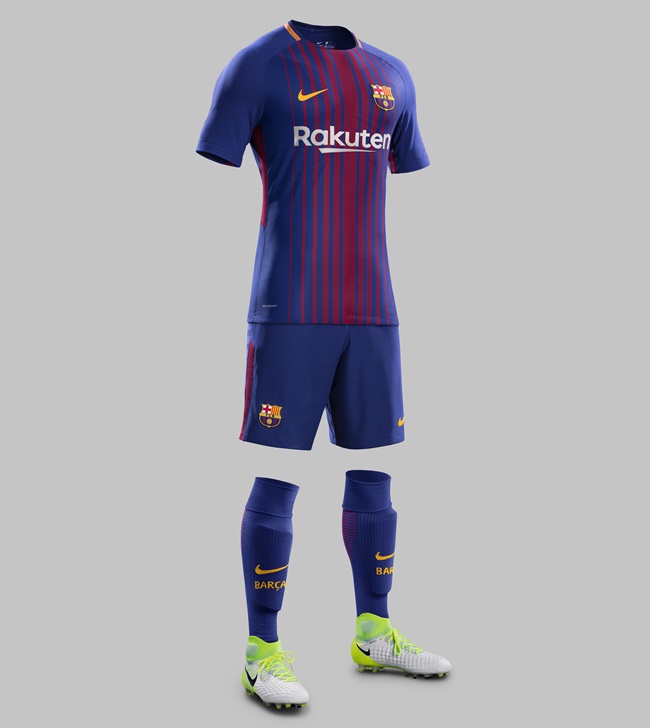 “It looks and feels like a modern uniform of sport,” is apparently how Neymar summed up his new work uniform.

Can’t say fairer that that, really.