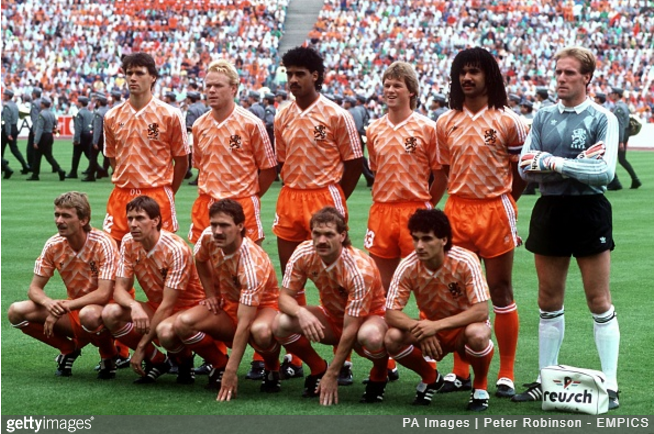 Step this way and behold perhaps the most audacious example of tactical football body art we’ve ever witnessed.

According to Four Four Two, the bloke in the photo below is actually Georgian but is so enamoured with all things Oranje that he felt inspired to have his all-time Netherlands XI tattooed on his back, and at an immense scale.

Up top, somewhere around the shoulder blades, the fearsome strike duo of Johan Cruyff and Marco van Basten are prowling… 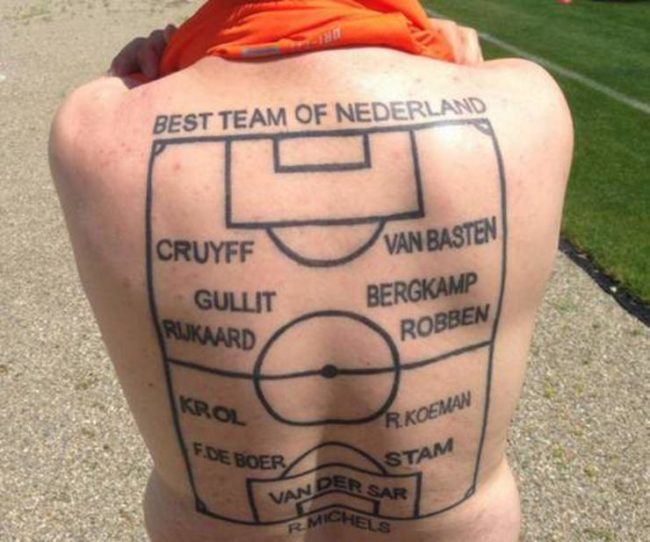 It’s the kind of thing most people would simply jot down on a beer mat and discard at the end of the night, committed to skin.

For those of you puzzled by the formation, remember that these players are all Totaalvoetball aficionados.

They simply have no need for your plebeian 4-4-2.