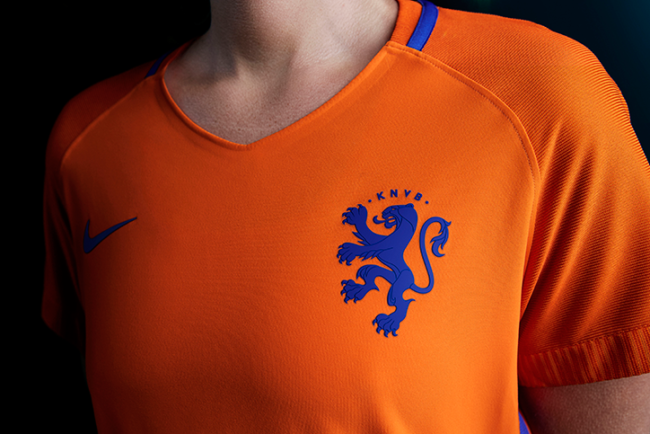 For the first time in 46 years, one of the latest incarnations of the Netherlands’ famous orange kit will carry a different crest.

Nike have revealed that the new Dutch women’s national team kit will swap out the prancing lion that features on the royal crest in favour of an altogether more fitting lioness design.

Re-drafted by the W+K Amsterdam design agency with the KNVB’s consent, the change has been made to represent that national team’s nickname – The Oranje Leeuwinnen (Orange Lionesses).

In a statement issued to accompany the unveiling of the new design, Hannah Smit, art director at W+K, said:

This is an idea that is so much bigger than just a campaign or logo update. It’s an idea that will endure and a strong statement that will help to continue to accelerate the growing momentum around women’s football.

It’s a message that gives female players something of their own to rally behind.

Nike added that they hope the revamp will help inspire a new generation of players to “wear what they are”, whatever that may mean. 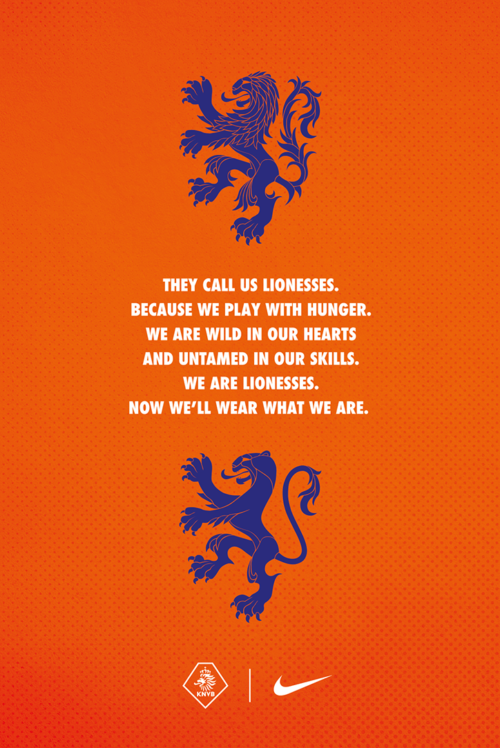 The cracking crest will be formally debuted at the upcoming UEFA Women’s Euro 2017 tournament, which is being hosted in the Netherlands.

The Orange Lionesses will thereby duly kick off proceedings in the opening game against Norway on 16th July.

Who knows, maybe some day the England Women’s team will take to the field with three leopardesses (look it up) on their shirt?