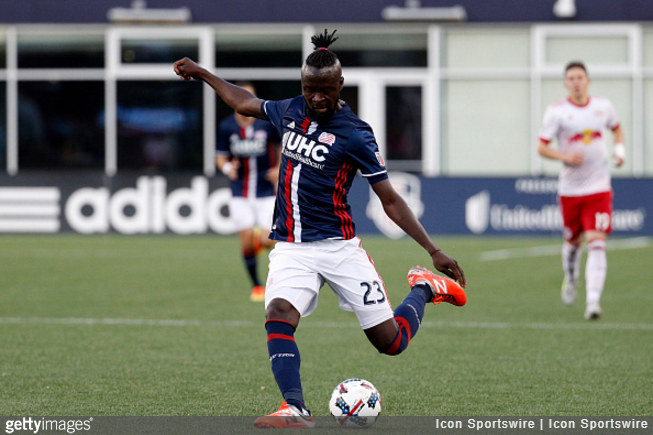 Once briefly of Norwich and Middlesbrough, Kei Kamara is currently on the books New England Revolution where he recently picked up a fine for the heinous crime of wearing a pair of unauthorised socks.

Indeed, the 32-year-old striker was stung for $1,250 by the MLS top brass for taking to the pitch wearing a pair of Trusox support socks.

Alas, Trusox aren’t included on the MLS list of authorised kit, what with the league being solely catered for by Adidas, and Kamara was handed a uniform fine as a result.

Having attempted to appeal the punishment through official channels to no avail, a clearly peeved Kamara took to Twitter – armed with data and props – to alert everybody about the injustice of his plight…

He’s certainly got a point. Why should he be singled out as a “high-profile player” while the likes of Michael Bradley and Jozy Altidore get away with wearing these abominable socks scot free?

It’s an bleedin’ outrage is what it is!