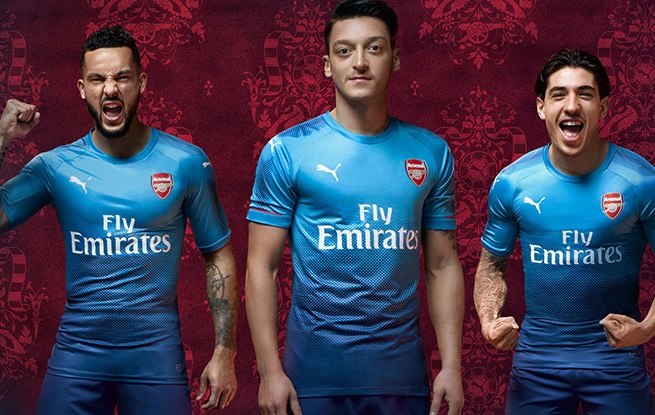 With a new home and third strip already ‘activated’, Arsenal have completed the set by finally unveiling their new 2017/18 away kit.

The strip features a subtle blue gradient with a metallic shimmer and is so tight you’ll be able to inspect all your favourite players’ internal organs for abnormalities.

According to Puma, the strip was informed by the two-tone blue away kits that the Gunners wore in the 1990s, including the famous old ‘lightning’ away shirt of 1995/96.

Allow us to provide you with a closer look… 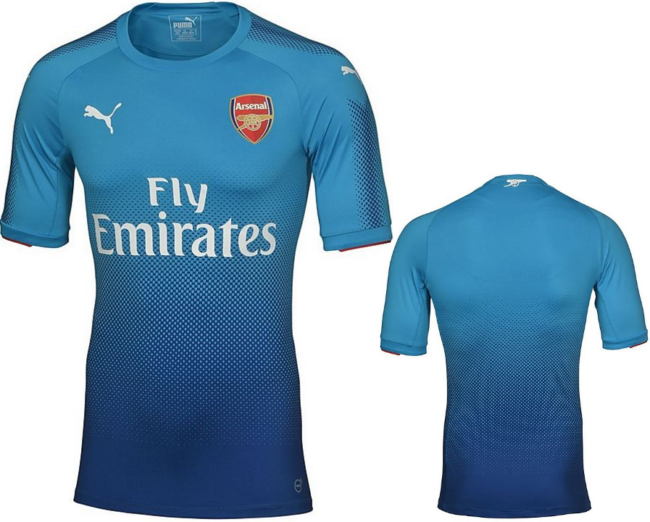