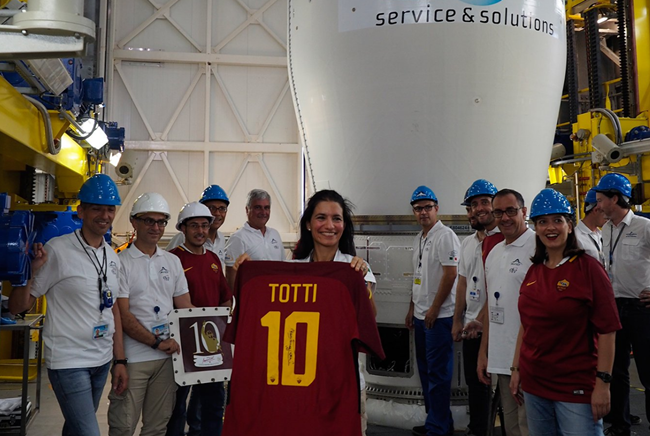 As testament to Francesco Totti’s longevity and years of faithful service, Roma have strapped one of his shirts to a rocket and blasted it into orbit.

Totti made his 786th and final appearance for his beloved Roma before bowing out back in May, thus bringing to a close his 24-year playing career.

In return, the Giallorossi handed over an exact replica of Totti’s final jersey and handed it over to space travel experts Avio, who duly shot it into space on a rocket named ‘Vega’…

Of course, it’s all completely pointless and a waste of everybody’s time and resources.

Still, you got to applaud the scope and the enthusiasm.