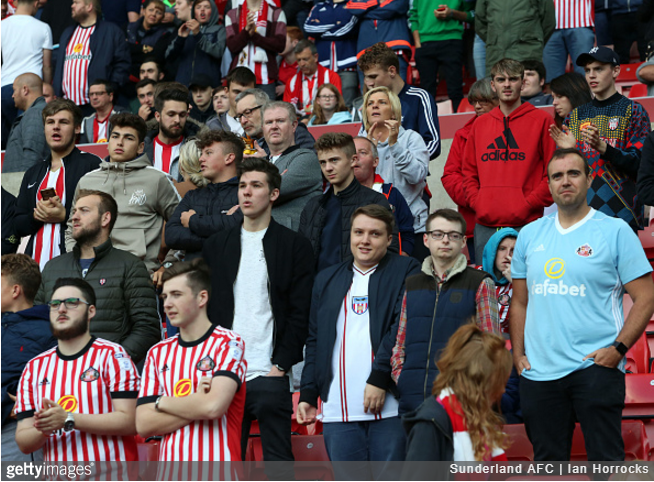 Sunderland came up with a novel way to launch their new away kit, by having just one lone fan wear it to their first match of the Championship season.

The Black Cats played host to Derby at the Stadium of Light on Friday evening, with supporter Brendan O’Donnell tasked with mingling amongst the crowd while wearing the club’s new baby blue strip.

O’Donnell was picked for the part as he just so happens to be the great, great grandson of James Allan, the Scottish schoolteacher who founded Sunderland in 1879.

Get yours from 7am this Monday pic.twitter.com/IIQrRvvxGX

Sunderland then asked their supporters whether they’d spotted O’Donnell and his spiffing new jersey, with several confirmed sightings duly reported…

Speaking to the club website, O’Donnell said that it was an honour for him to be asked to take part in the unique launch event:

I’m so proud of the link with Sunderland that we have from my great, great granddad and we love coming up to Sunderland, to the city and to the stadium to watch the team play.

I’m equally proud to have been asked to take part in the campaign for the away kit; it was a real honour and the kit is fantastic!

For the record, Sunderland kicked off their Championship campaign with a 1-1 draw against Derby.