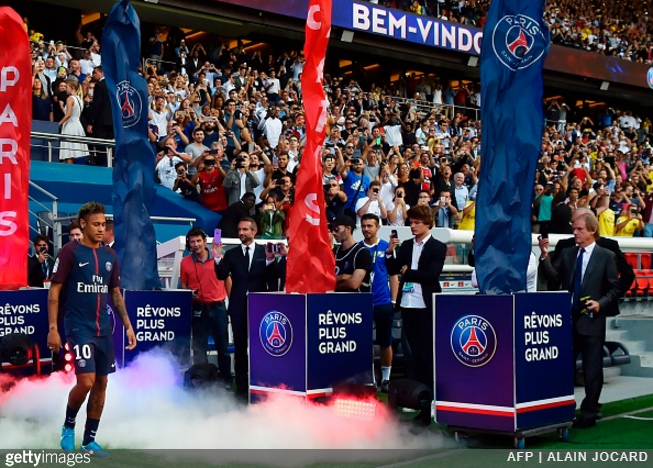 A smattering of PSG fans paid good money to rib Gerard Pique over a clanger of a tweet the Barcelona defender emitted at the height of the swirling speculation that preceded Neymar’s big move to the French capital.

Back on July 23rd, with the world still incredulous that such a transfer could come to pass, Pique posted a photo of himself and Neymar along with the fateful caption “Se Queda” – “He’s staying”.

Pique then backtracked ever so slightly in the aftermath of his social media stance, claiming that it was merely a “gut feeling” that Neymar would be staying put.

Sure enough, just 11 days later the £196million enormo-deal went through as Neymar put pen to paper on a gigantic five-year contract at the Parc des Princes.

His paperwork was filed in time for the Brazilian forward to make his debut in PSG’s first game of the season – a 2-0 win over Amiens on Saturday night.

However, Neymar was still presented to the home crowd, several of whom had pithy customised PSG shirts cobbled up for the occasion… 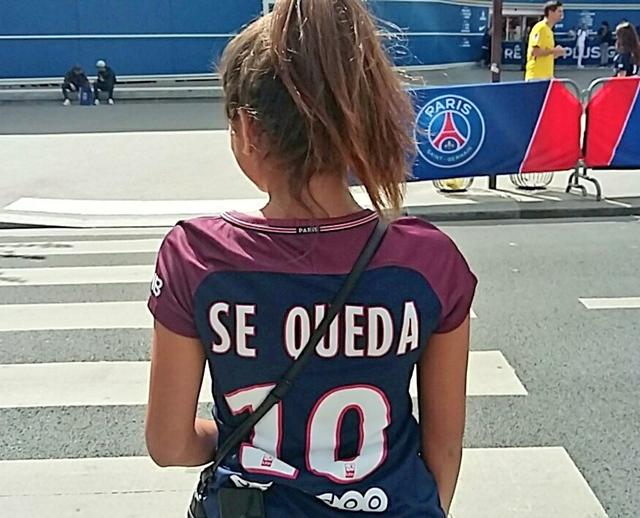 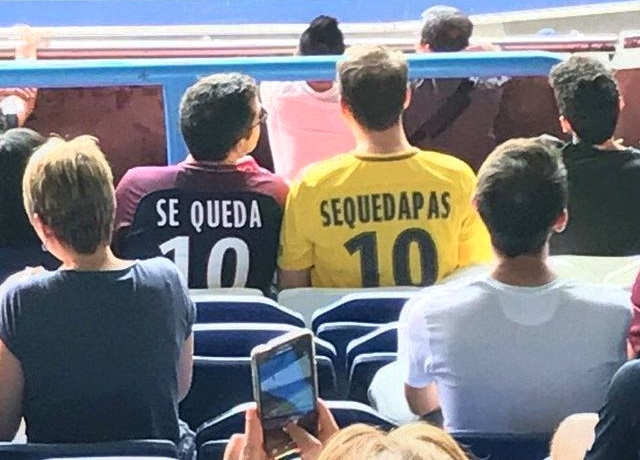 All in all, a rather expensive way of pointing out a man’s social media folly, but faintly amusing nonetheless.