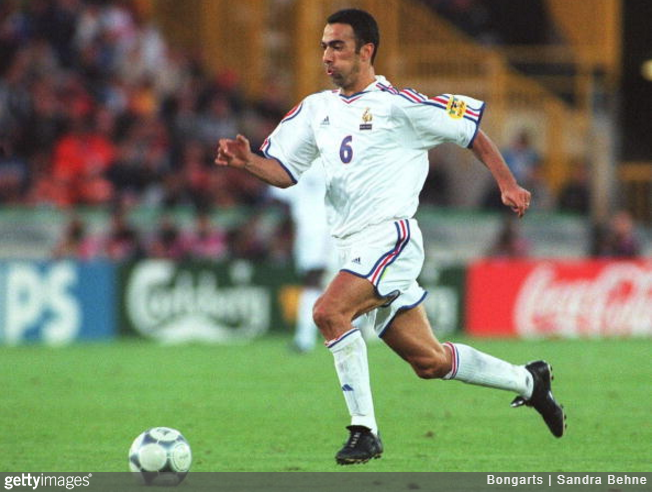 However, you may not be aware that the midfielder was also, c) responsible for one of the most sensual and erotically-charged pop hits of the early 21st century.

‘Vivre Dans Ta Lumière’ (‘Living in Your Light’) was recorded and released in 2000, right in the middle of Djorkaeff’s three-year stint at Kaiserslautern, and it still sounds as fresh and exciting as it ever did to this very day…

No wonder they called him ‘The Snake’ – look at those hips go!

The lyrics, once translated, are of course utterly incredible…

“Living clandestinely, I want to live in your eyes under your light. “

“I tattooed on my arms, tagged in my memory, a drawing of your two eyes.
Fragile as blotting paper, wet by your tears that fall in my heart like a sacred rose.”

It’s like Rimbaud, re-imagined by Hallmark then vomited out by a professional footballer.