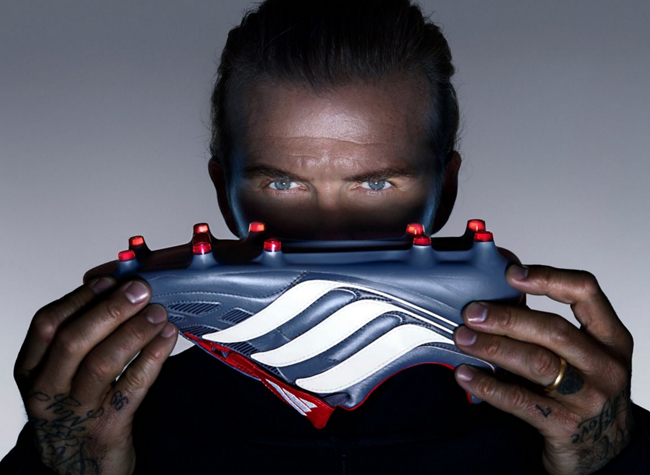 As part of their new ‘Limited Collection, Adidas have revived their classic Predator Precision, as famously favoured by David Beckham in the early 2000s.

Indeed, it was the original Precision that Beckham wore while dispatching *that* freekick against Greece at Old Trafford in 2001, thus cementing their place in English football boot folklore, should such a thing exist.

So, it’s perhaps only fitting that Adidas have roped the man himself in help assist with the re-launch. After all, it’s what he does best.

While the black, white and silver originals were arguably more popular at the time, the Precision reissues are rendered in the less favoured ‘metallic blue’ hue.

They have all the usual era-appropriate Predator accoutrements – the thin red tongue, rubber ridges and swooping stripes – but come with an updated modern sole plate, making them far lighter than their predecessors. These things also cost in the region of £300, so we dare say you won’t see many of these new Preds knocking about on filthy Sunday League pitches following their grand release on Friday.