The brainchild of TalkSPORT presenter Paul Hawksbee, ’90 Minutes’ magazine launched in October of 1990 and managed a glorious seven-year run before folding.

While we’re certain the publication featured it’s fair share of memorable articles and such like, nothing that ever went to print is likely to provide a more lasting impression than the special set of football playing cards that 90 Minutes put their name to in 1993/94(ish).

Basically, the magazine trawled through the photo-shoot archives to find the most embarrassing images of various players – Chris Waddle, Kevin Keegan, Paul Gascoigne, etc – they could possibly dredge up, and then compiled them all together in a pack of limited edition cards.

It was a flimsy pretence to basically laugh at the silly things footballers do, but my god were some of the results worth the hassle… 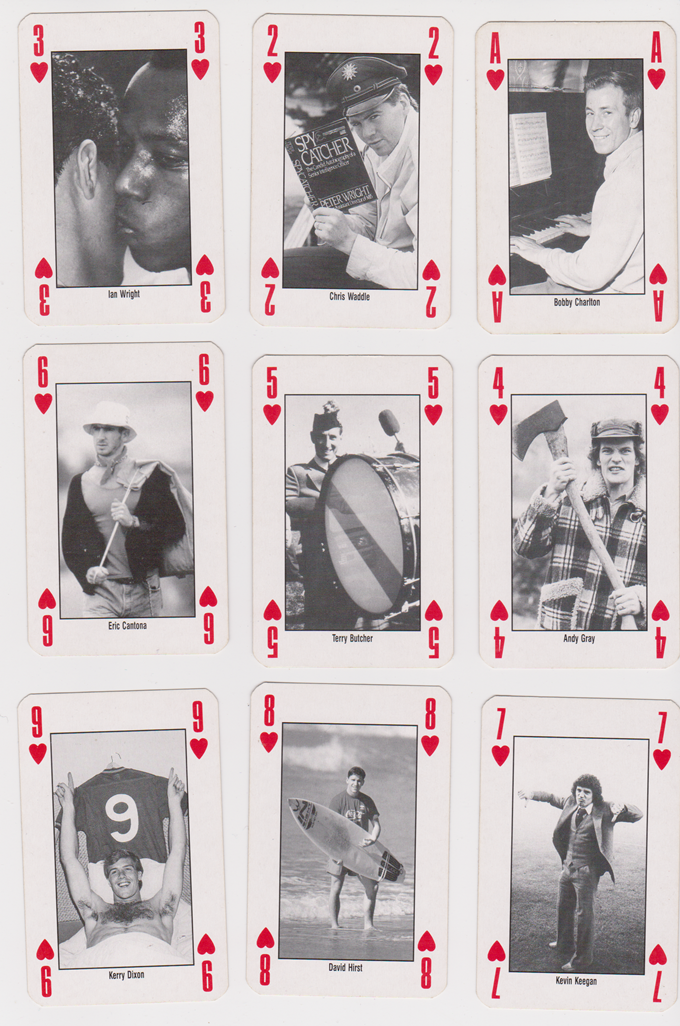 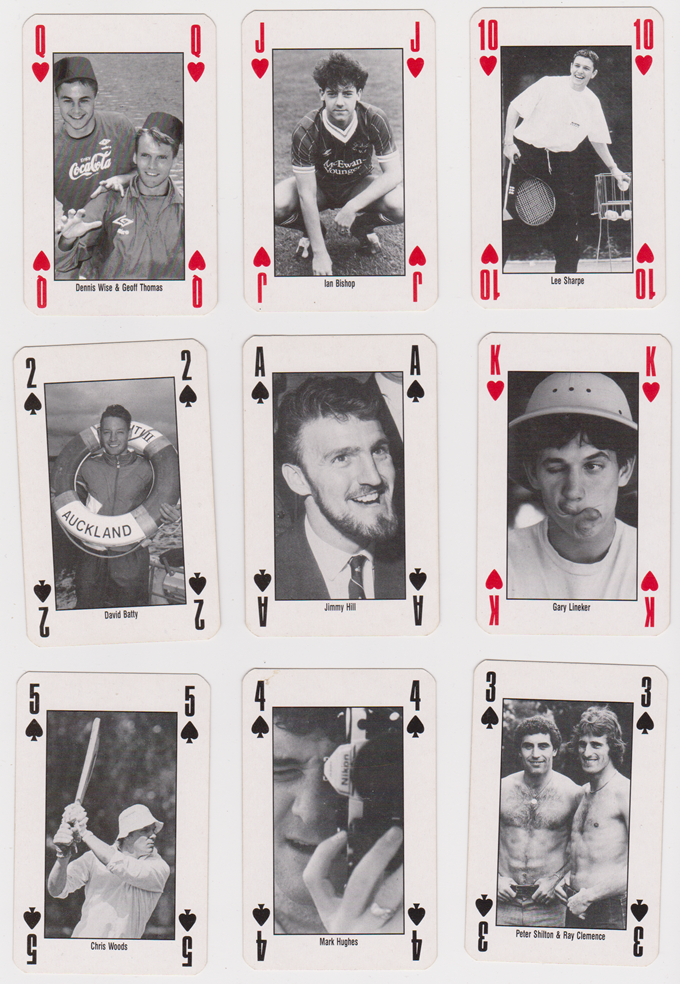 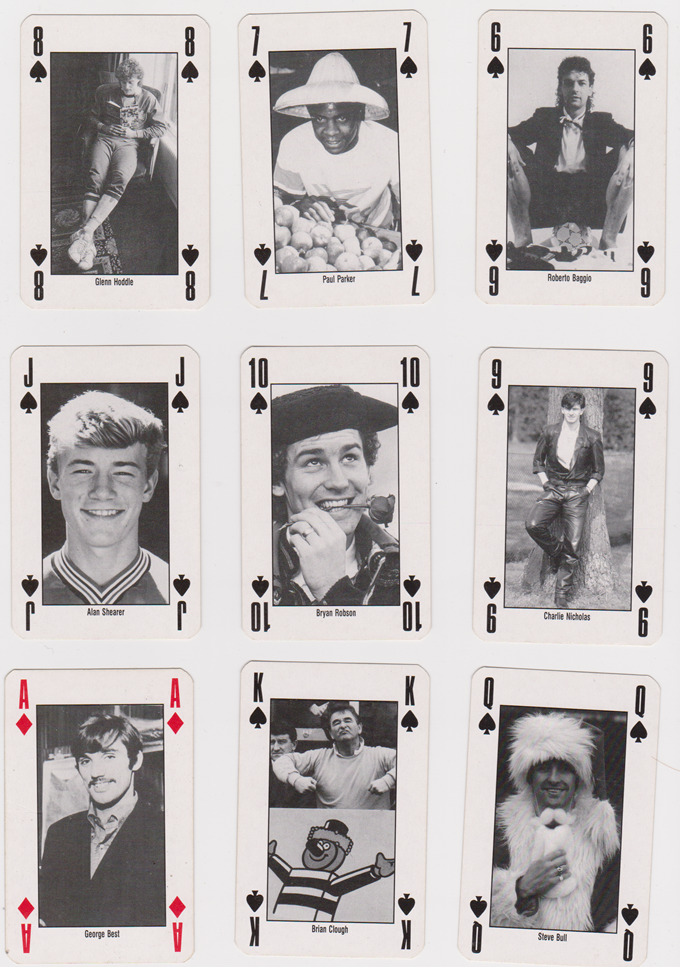 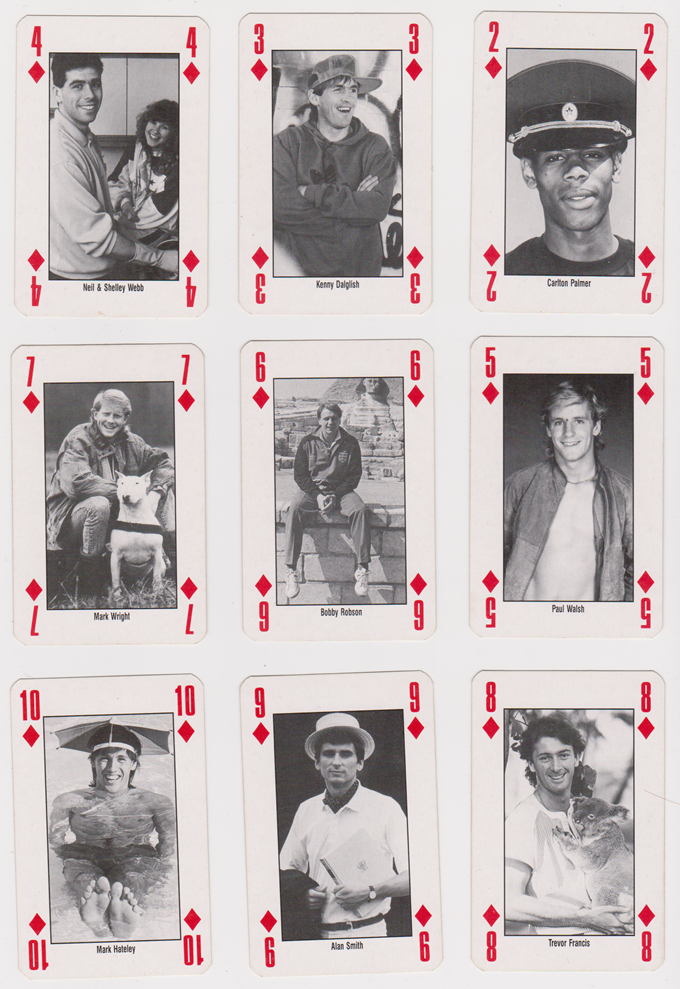 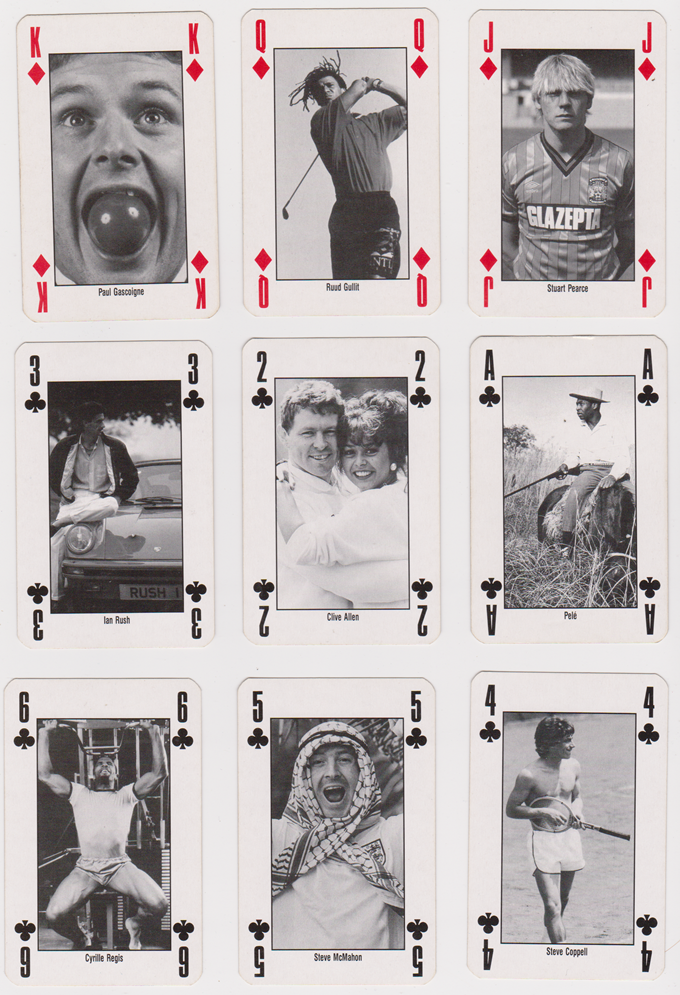 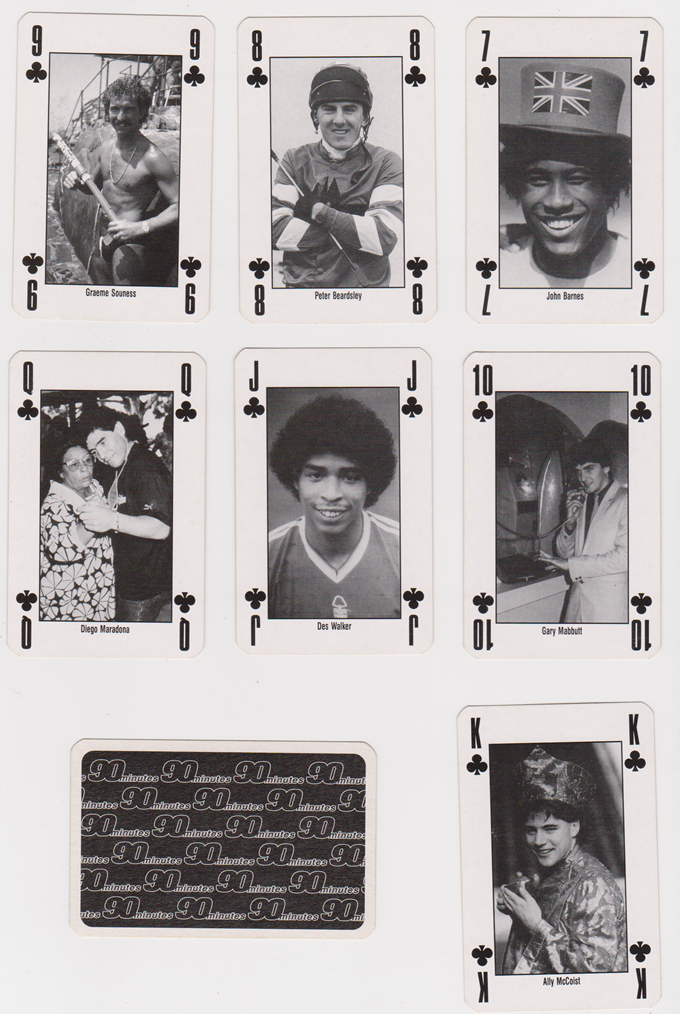 If you happen to recognise that shot of Charlie Nicholas rubbing his leather clad body up against a tree trunk, it’s because we’ve had dealings with it here before.

Anyway, many thanks to Pies fan Tony Cottam for taking the time to scan all these beauties for us. Much appreciated!