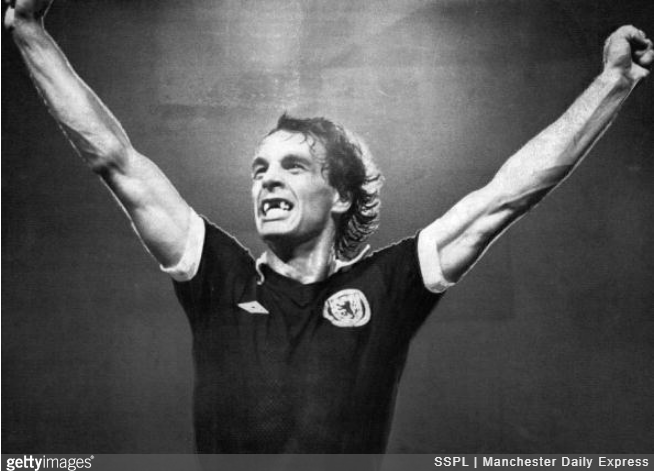 While you’d be hard-pushed to call Joe Jordan “beautiful” in the conventional sense, there was still a undeniable ragged, brawny charm to the toothless Scotland target man.

Indeed, Jordan lost four of his front teeth early on in his career when he had them kicked out during a reserves match at Leeds United. He subsequently wore dentures, but had to take them out to play, thus earning him the affectionate if not entirely original nickname ‘Jaws’.

Still, back in 1978, the marketing department at Heineken decided Jordan’s sparsely-populated gums would be the perfect vehicle for an advert campaign to help champion the lager “that refreshes the parts other beers cannot reach”… 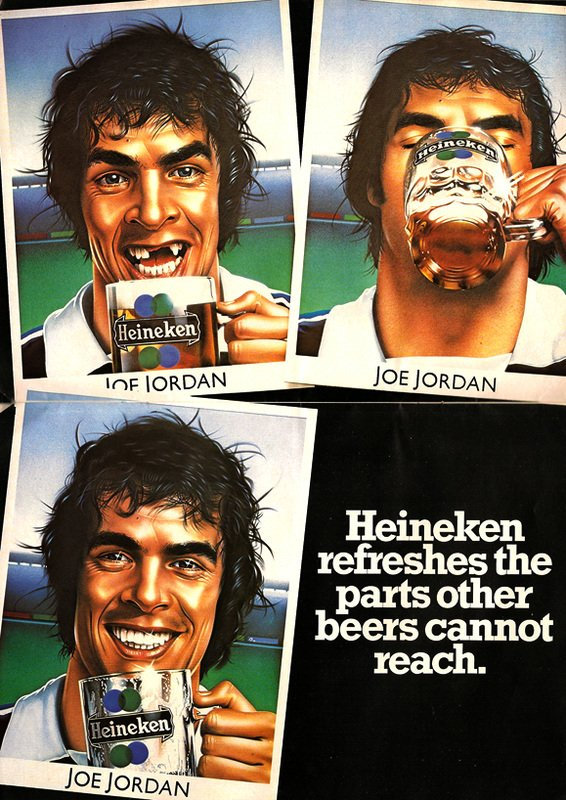 Cor blimey, that must be one hell of a beer. It does painless emergency dentistry and everything.

Don’t get us wrong, Pies love the unmistakably 1970s comic book illustration aesthetic but seeing Big Joe circa 1978 with a full set of pristine pearly whites is just a little bit unsettling.